Manchester, the UK’s second most populous city, prides itself on innovation and experimentation. There’s even a slogan for it, attributed to the late music impresario Tony Wilson, which is emblazoned across T-shirts, mugs and pencils: “This is Manchester. We do things differently here.”

So when the city decided to trial a new bike-sharing scheme, it eschewed the model adopted in London, that of the so-called “Boris Bike” with its hundreds of docking stations and cost to the public purse.

Instead, Manchester opted for China’s Mobike, a smart bike-share scheme without the need for terminals. Users download the app, locate a nearby cycle using Global Positioning System (GPS) technology, scan its Quick Response (QR) code, unlock the bike and…they’re off. When they’re done, the rider hops off the bike and leaves it ready for the next passenger. And it’s all privately funded.

Launched on June 29, the initiative experienced a few problems at first. With an initial 1,000 bikes available, there were reports of vandalism, theft, and people stashing them in their gardens for personal use. Headlines in local and national papers have varied from fretful: “

According to Mobike, there is a recommended parking area for the cycles but no hard and fast rules – and no penalties for leaving the bikes outside of the city centre, provided the user has parked legally and considerately. Usage is charged at 50p (4.3 yuan) per 30 minutes following a one-off refundable deposit of £49 (418.8)yuan; slightly more than is charged in China.

There’s no doubt that pictures of cycles dumped in canals and without their wheels, reminiscent of those from Chinese cities in the early days of introduction, make for depressing viewing and encourage the notion that people in big cities no longer know how to share. But as

chinadialogue discovered, the situation has been overblown.

The police estimate that within the initial weeks of the trial, fewer than 20 Mobikes were successfully tampered with or had their locks broken. That’s a drop in the ocean compared to thefts of ordinary bikes.

There’s also anecdotal evidence that some reports of unlocked and abandoned bikes were wrong as people mistakenly believed that bikes sitting idly in the street with no obvious security measure were stolen. 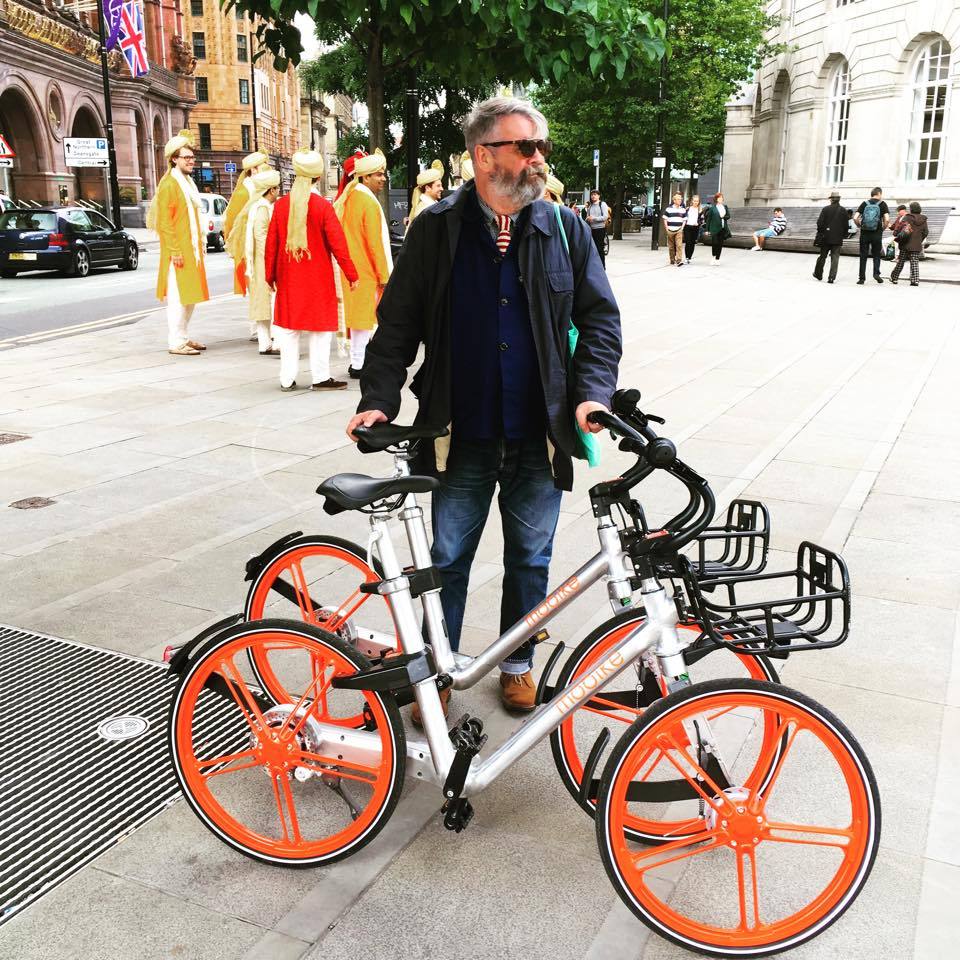 Robert Hamilton, lecturer at Manchester Metropolitan University​, tries out one of the bikes (Image: Helen Nugent)

So far, the general feeling is positive, although the consensus among cyclists is that the bikes are heavy and a bit tricky to use. Sue Platt, senior lecturer at Manchester School of Art, is a fan of Mobike, with some minor reservations.

“I love the idea of Mobike and, as a cyclist for years in this city, I support anything that prompts folk to cycle rather than drive. I’m a

Brompton girl so the Mobike felt really heavy and hard to manoeuvre at first. It seemed that I couldn’t really peddle any faster and I found this difficult at busy junctions as I wasn’t sure I could accelerate.

“I hope the scheme, and new cycle ways, give people the confidence to use a bike rather than a car.”

Sarah Perks, artistic director: visual art at HOME, a cultural centre in Manchester, agrees. “It’s a heavy bike so tough for uphill but perfect for city cruising. It’s a little embarrassing that people would steal or keep them though. Mobike is such a fabulous scheme, I really hope it lasts.”

While there’s no suggestion that, as is the case in China, people are acting as vigilantes (by searching out bikes parked in private areas and secured with personal locks and then reporting the transgressions), people are keeping an eye on them. In the first couple of weeks after launch, lots of the bikes popped up in the suburbs meaning there were fewer in the city centre. But users report that this is no longer a problem.

At present, Mobike is temporary but the company hopes that if the Manchester pilot succeeds then it will become permanent after six months. It plans to launch in London in September.

Councillor Chris Paul, committee cycling and walking champion at Transport for Greater Manchester, says: “The scheme is a purely commercial endeavour, but we want to ensure that it is successful without any detriment to other travellers, local residents or business. So, we have set up a Coordination Group with Manchester City Council, Salford City Council and Mobike, which will meet each month during the pilot to monitor its progress.

“Ultimately its success will be measured against encouraging growth in cycling in the region and supporting Greater Manchester’s 2040 Transport Strategy and cycling strategy, aiming for a world-class transport system which supports long-term, sustainable economic growth and access to opportunity for all.”

Steve Pyer, UK general manager at Mobike, says: “In other cities in which we operate, we have observed a small element of misuse in the weeks following launch, but the number of issues or reports steadily decline. We expect to see the same in Manchester.

“We’ve also had very positive feedback from individuals about how much they love the scheme. Both user and trip growth from the first 1000 bikes are far beyond our expectations – with the bikes in very high circulation. We’ve been seeing 9-10 rides per bike per day.

“On the business side, we have received considerable support and endorsements from different local associations, companies and councils. Overall, we have signed around 13 sponsorships and deals with local businesses wanting to take part in the Mobike revolution, since we launched in Manchester.”

Manchester and its close neighbour Salford were Mobike’s first host cities outside of Asia (the company now operates more than six million smart bikes around the world). Since the Manchester trial began, Mobike has expanded in the UK and Europe with new schemes planned in Ealing, west London, and the Italian cities of Florence and Milan.

Concerns over bikes littering the streets and causing obstacles for pedestrians haven’t been realised. In fact, most organisations have welcome the scheme. Rosslyn Colderley, director for the North of England at Sustrans, a charity which makes it easier for people to walk and cycle, says: “There will inevitably be some teething problems with a new scheme but I’m sure that with the right management, Mobike will be here to stay.”

Helen Nugent is a freelance journalist, media trainer, and editor of Northern Soul. 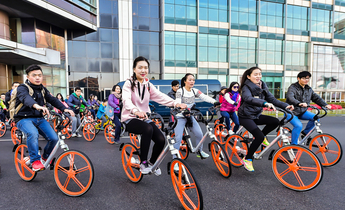 One year in and bike sharing apps are transforming Chinese cities, but oversight and environmental impacts are a concern 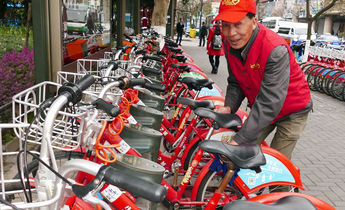 Public and private bike-shares are battling it out in urban spaces. Both models can coexist, says award winner 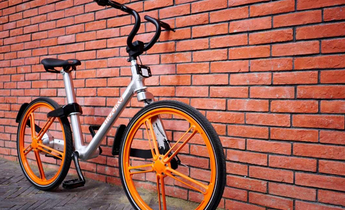 Nostalgia and utopia on two wheels

Bicycles, once a symbol of modernisation, are taking on new meaning in China, writes Tang Damin 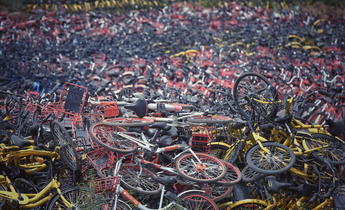 With 7.2 million shared bikes on the road, new policies are needed to protect the public interest 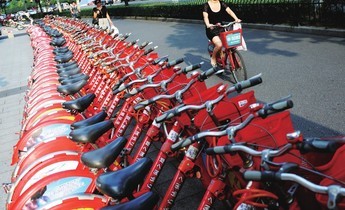 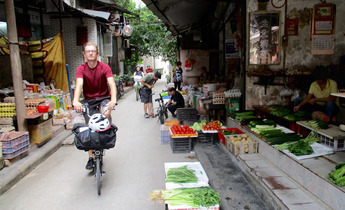 Lessons for a 'cycling megacity'

Which megacities are best for commuting by bike? UK architect Charlie Palmer travelled the world to find out 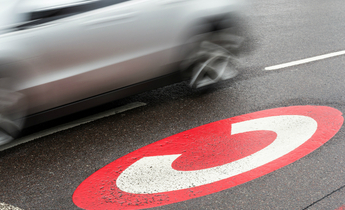