Siddharth Agarwal spent six months walking up the river Ganges with his camera, meeting the people who rely on its sacred flow

“How far is the river from here?”

“Doesn’t the Ganges flow past here?”

This conversation was repeated regularly as I walked along the Ganges for six months, often asking locals to direct me to the river. While navigating the heavily populated floodplains, at times wandering off on a tangent, the river acted as my anchor, the river’s flow my compass. I was moving upstream, switching constantly between hard tarmac, gravel roads and soft mud paths – a journey from noise to silence, from electricity to open skies, from the hard red and orange of trucks to the tranquil earth tones of the riverbank.

Very slowly, walking through the constant drone of daily life, people revealed the relationship they have with the Ganges, which to them is not just a river, but life itself. Some days were stamped with festivities, special occasions to remember this life giver. But on most days, it was just everyday life, a mix of activities on and around the river.

Beyond the activity, it is also important to observe the pauses. There isn’t always a constant buzz at the riverbank of folks in colourful clothes praying to the river. The fishing boats aren’t out on the water all day. The popular depiction of the river, the ghats at Varanasi, hardly qualifies as a complete representation of the life of the riparian community, nor of the river itself.

These pauses, a quintessential feature of daily life, are naturally slow. They include sitting by the river or on a boat, gaze fixed on the water as its muddy currents melt into the other bank or merge with the purple horizon at dusk. Time becomes fluid like the river, measured only by the lighting of a chillum (a traditional clay pipe), the gathering of cattle, or the drawing in of a fishing net.

Everyday life, repeating itself yet ever new, much like the journey of a river. 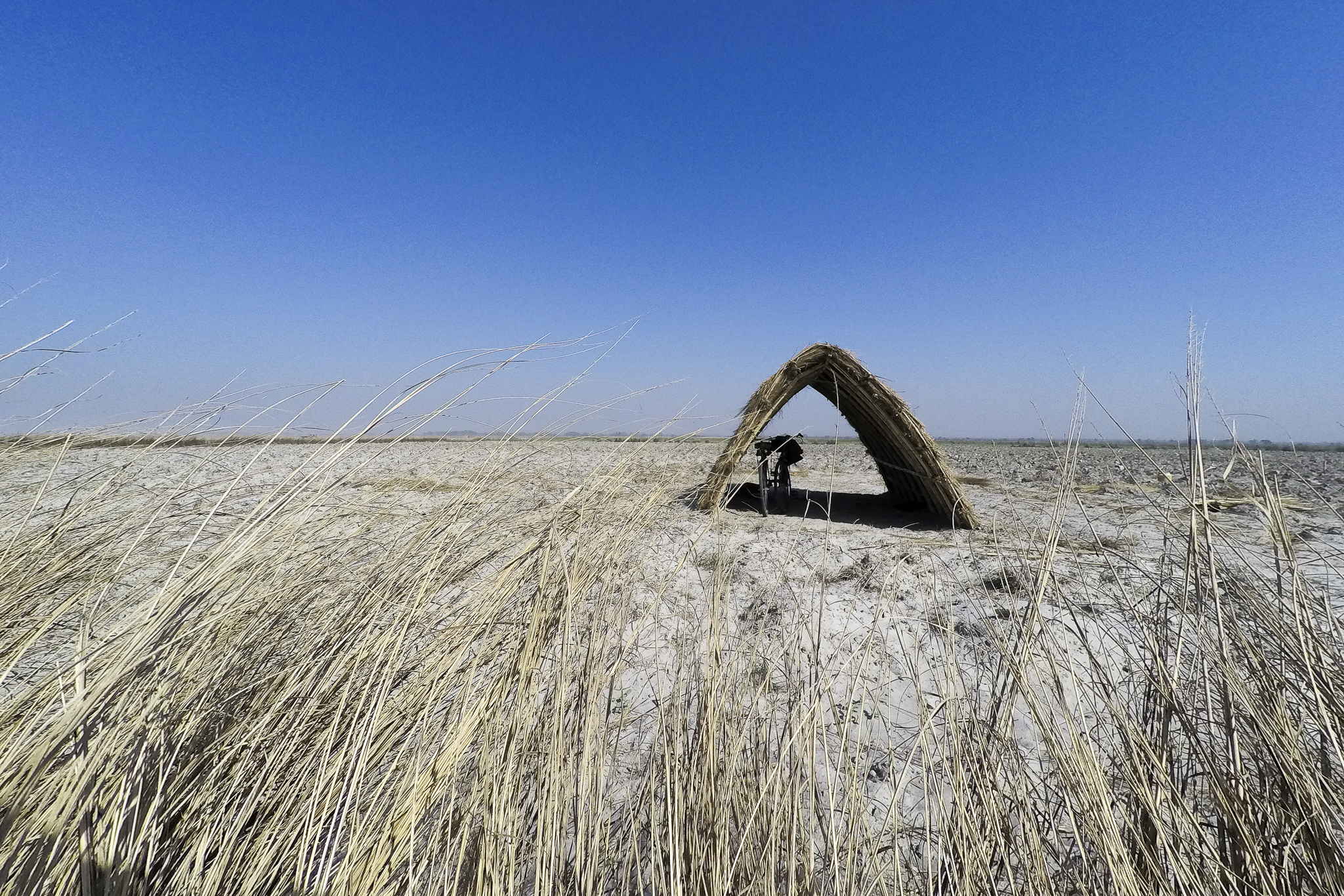 A temporary shelter built on a floodplain of the Ganges in the Indian state of Uttar Pradesh.​ 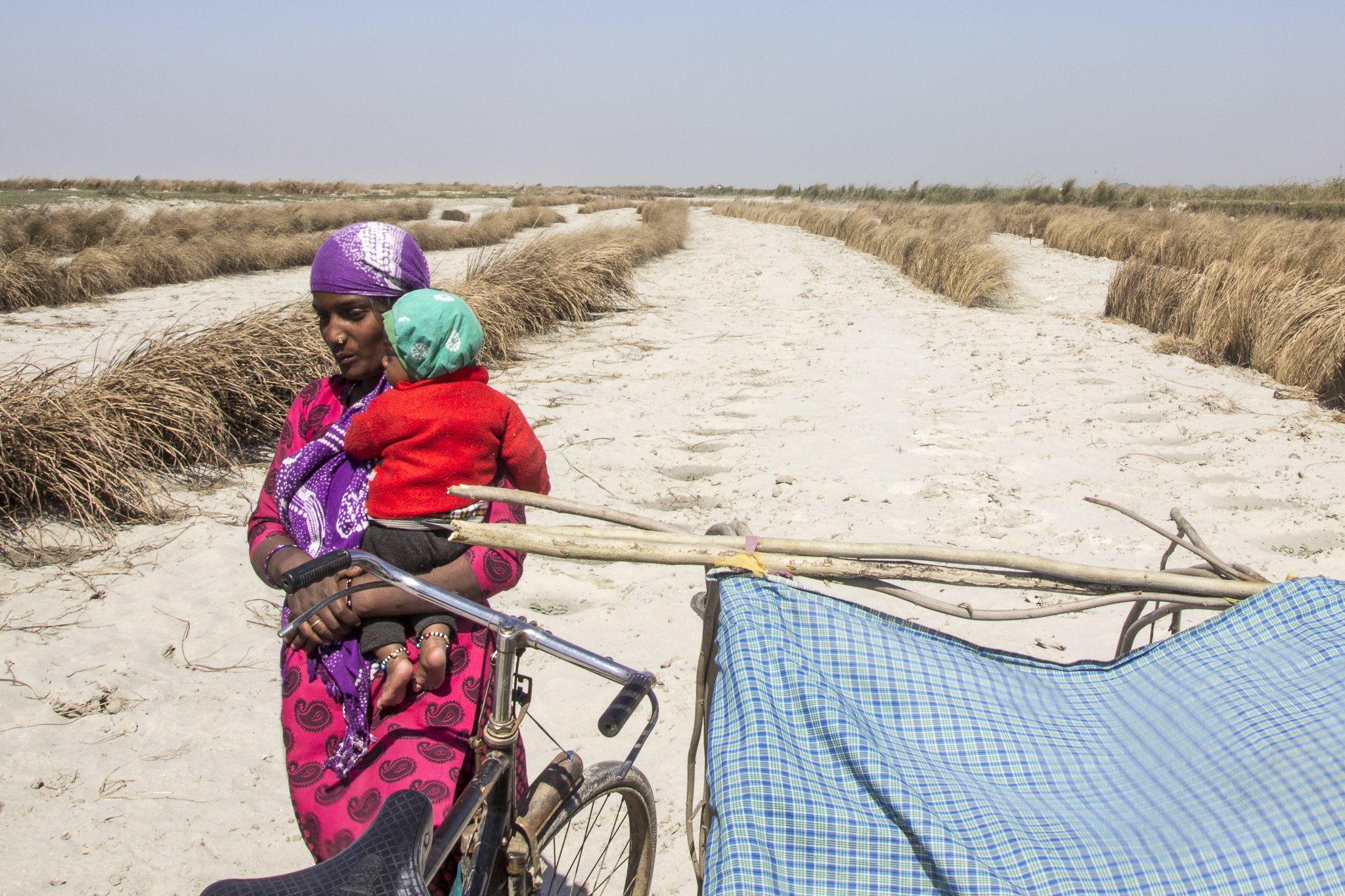 A woman with her child on a muskmelon farm on a dried floodplain in western Uttar Pradesh. As the river’s water recedes after the monsoon, local farmers, especially those who are otherwise landless, use the exposed floodplains to grow fruit and vegetables. 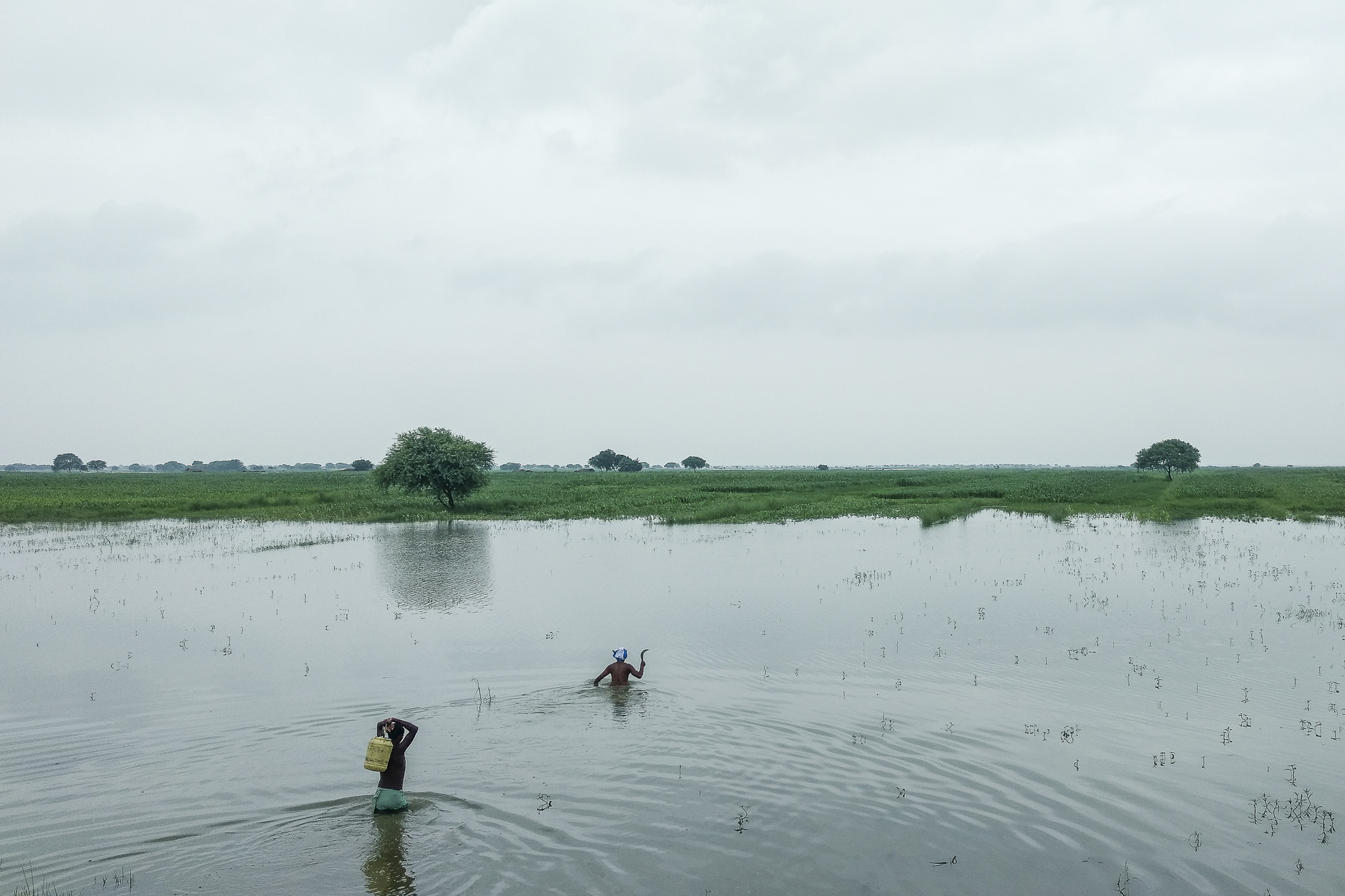 A couple of farmers make their way to their fields across floodwaters in the state of Jharkhand. Their maize crop was destroyed by flooding and will now be used as fodder for their cattle. 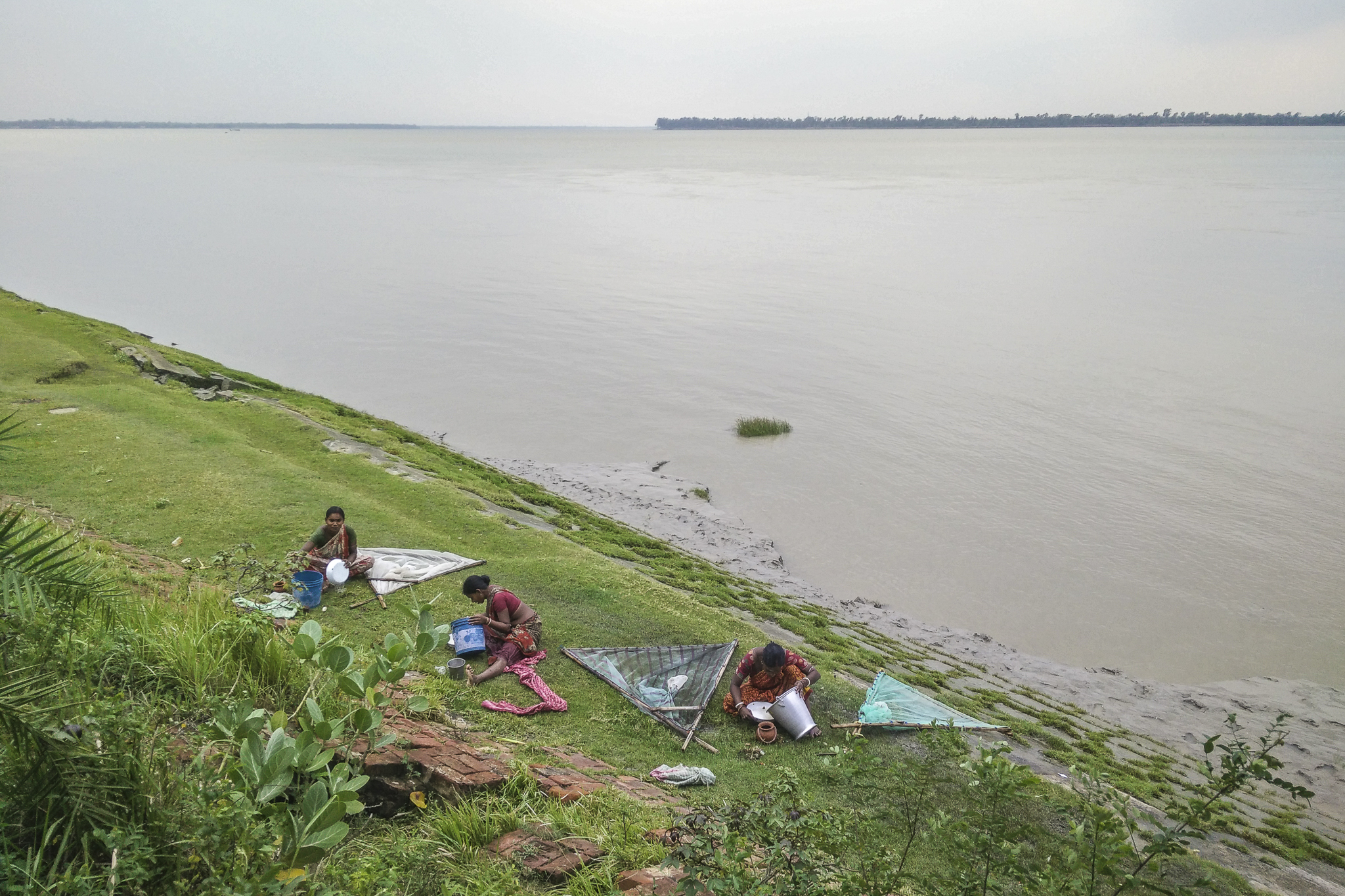 Fishers sit together on the banks of the river counting the day’s catch of fingerlings in southern West Bengal. 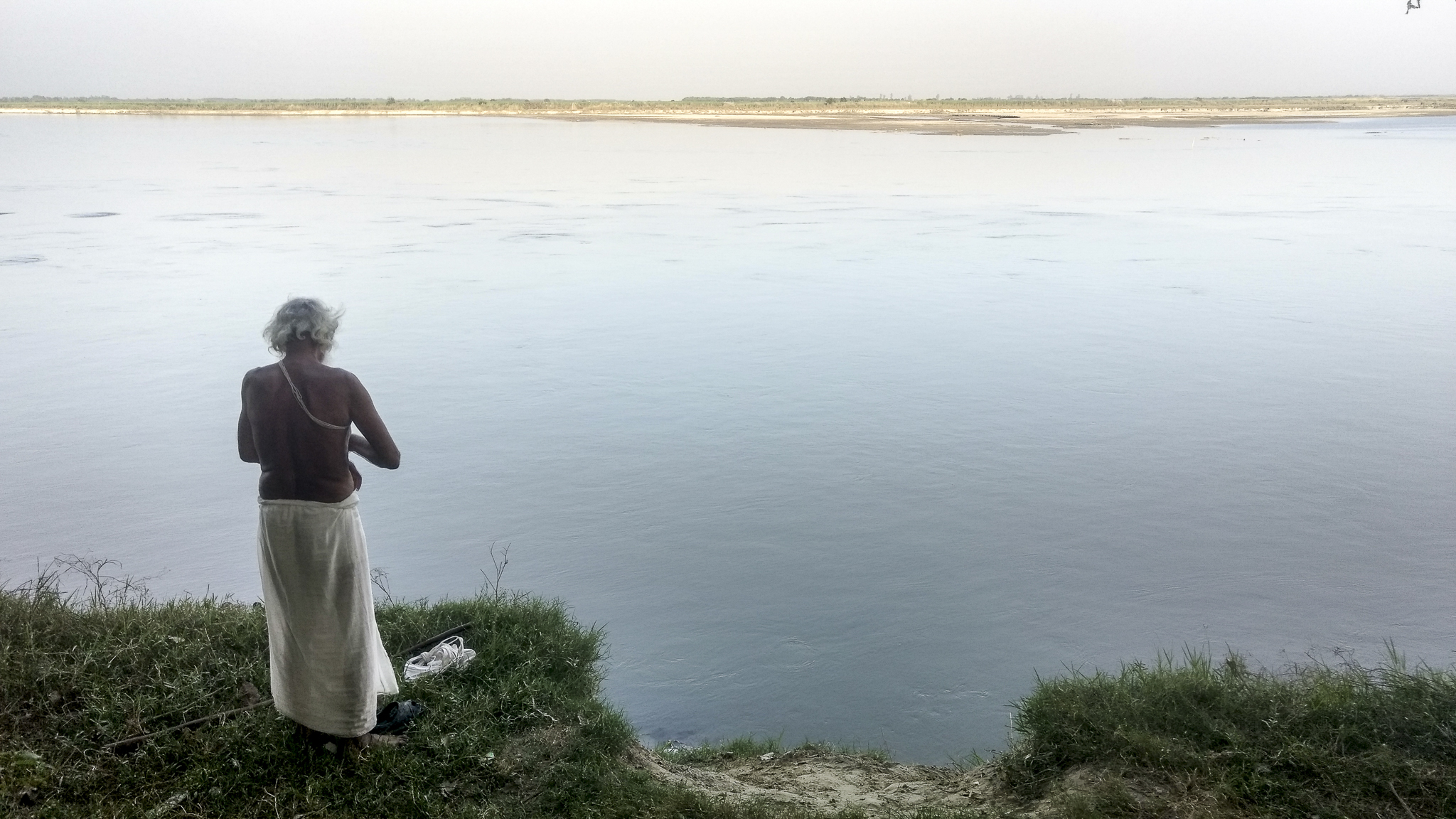 An old man prepares to perform his daily ablutions in western Uttar Pradesh. Hindus consider the Ganges to be a holy river. 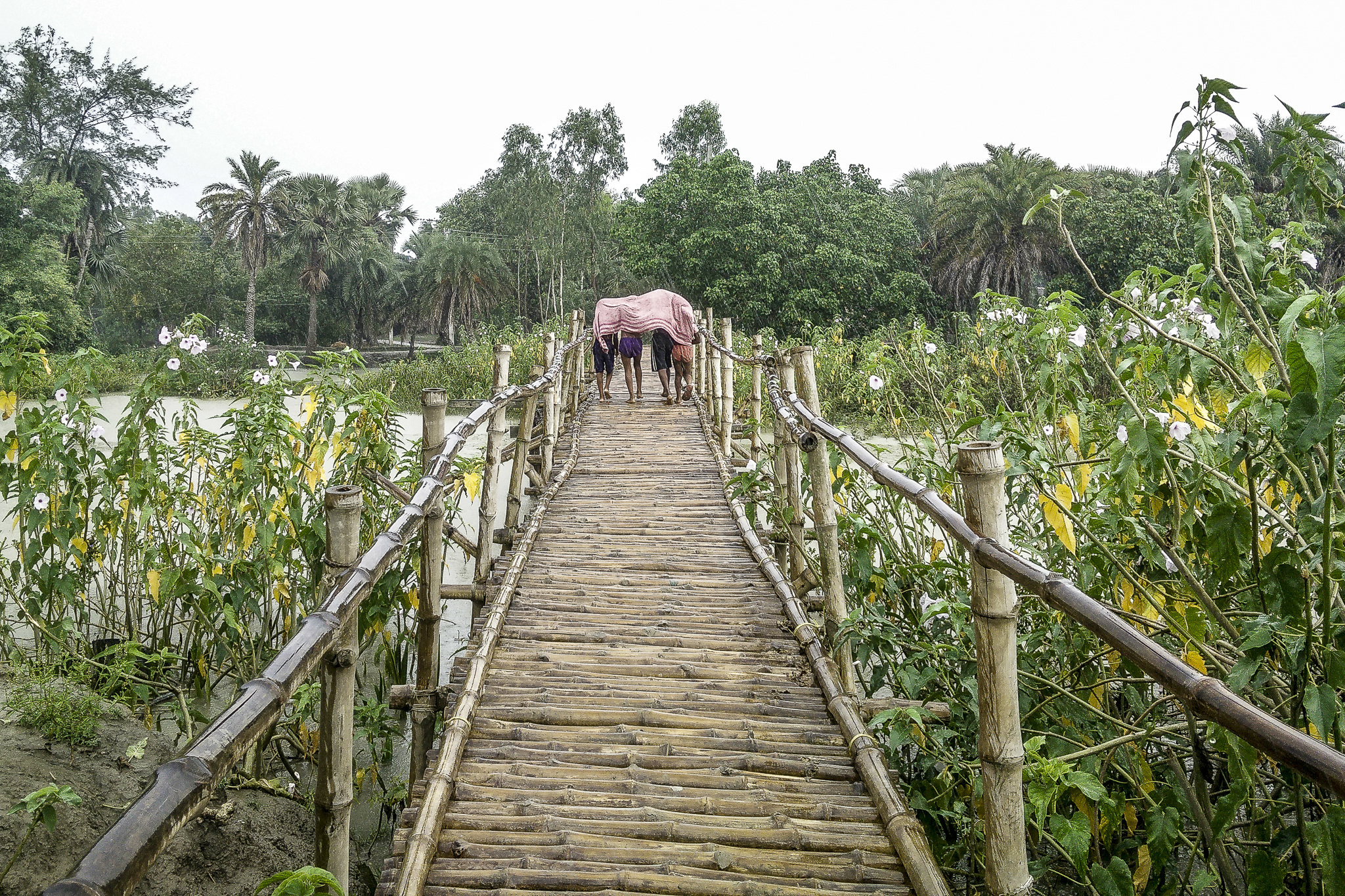 A group of children huddle under a single gamcha (a traditional multi-purpose cloth towel) while it rains, crossing a small bamboo bridge over a backwater of the Ganges in West Bengal. 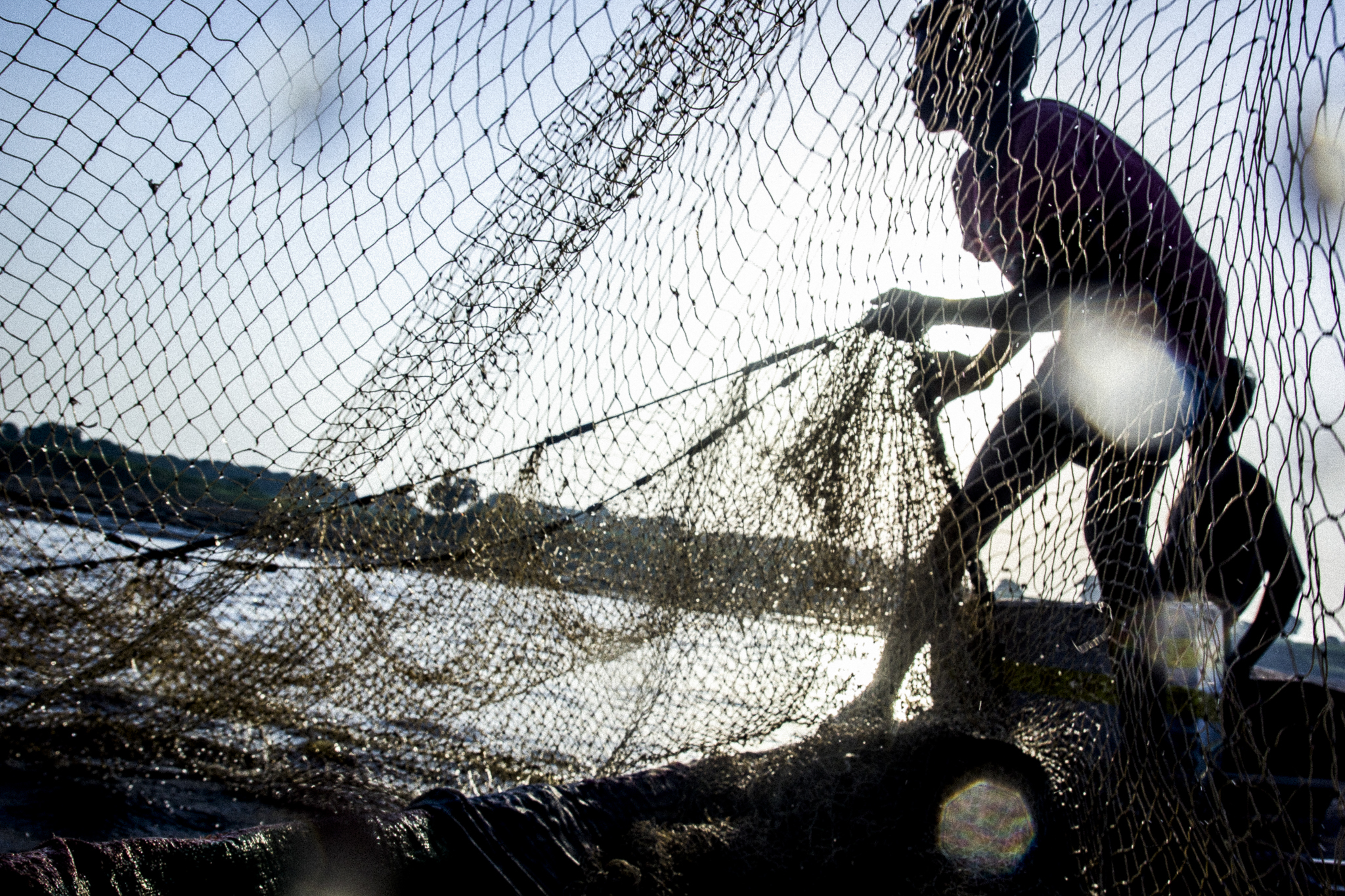 Children learn to fish with their elders in central Uttar Pradesh. 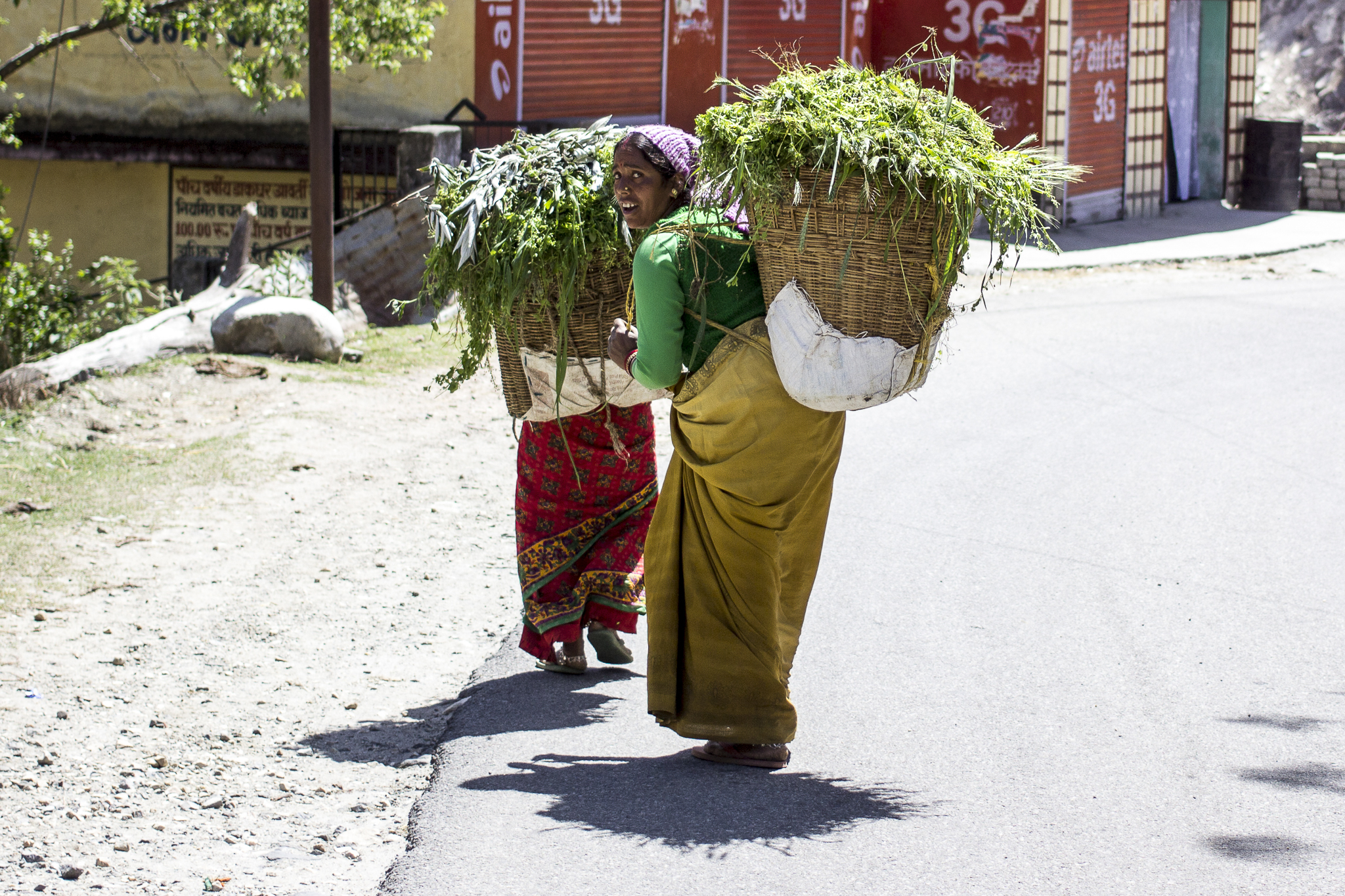 Women carry fodder back home from the mountains in Uttarakhand. 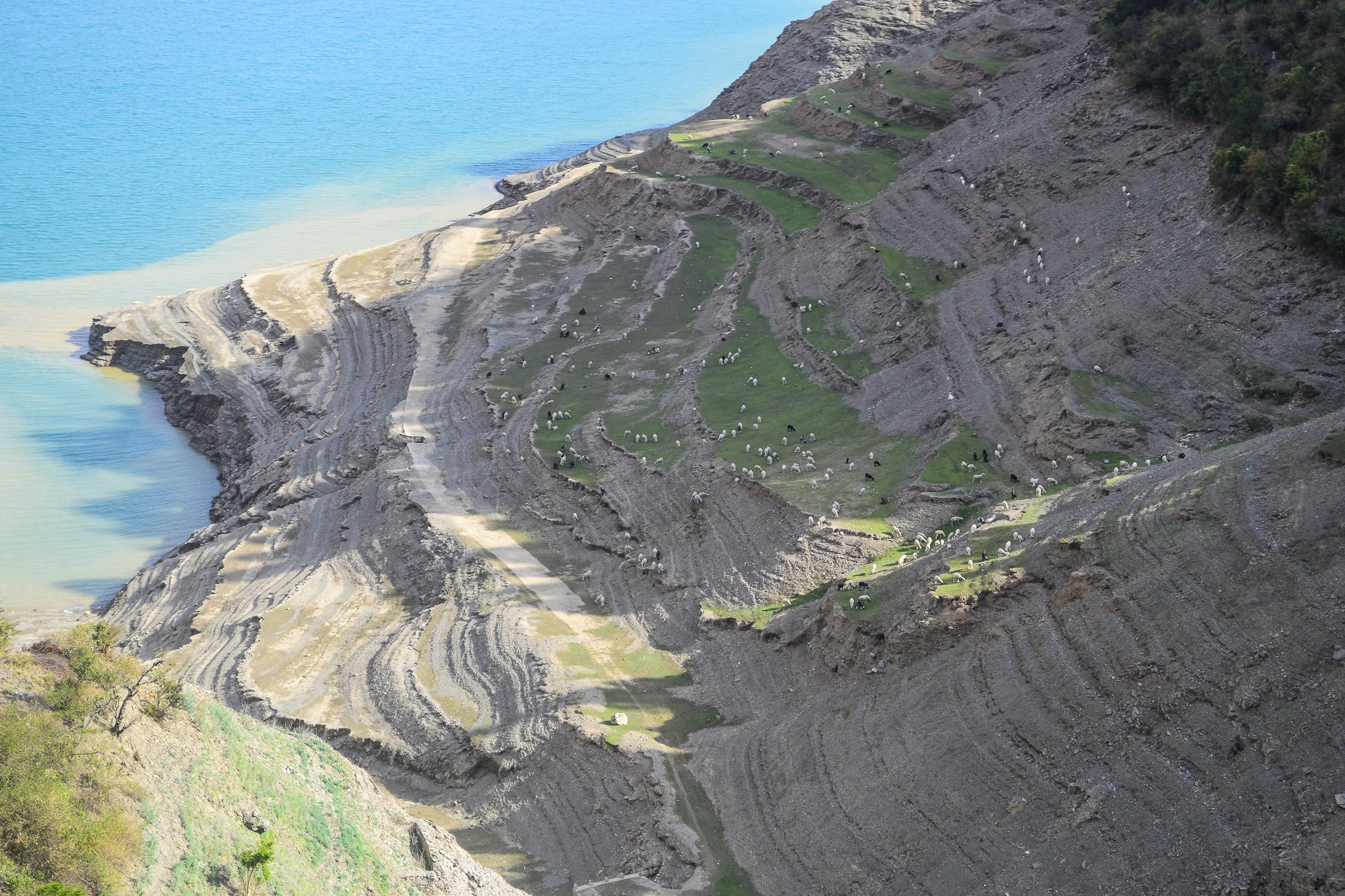 Shepherds across the Himalayas shift altitudes with the season. This flock of sheep have been brought down from higher altitudes in Uttarakhand to avoid winter weather. They are grazing on fresh grass growing on contoured slopes left by the drawdown of water in the Tehri dam reservoir. An old road has been revealed by the drop in water levels. 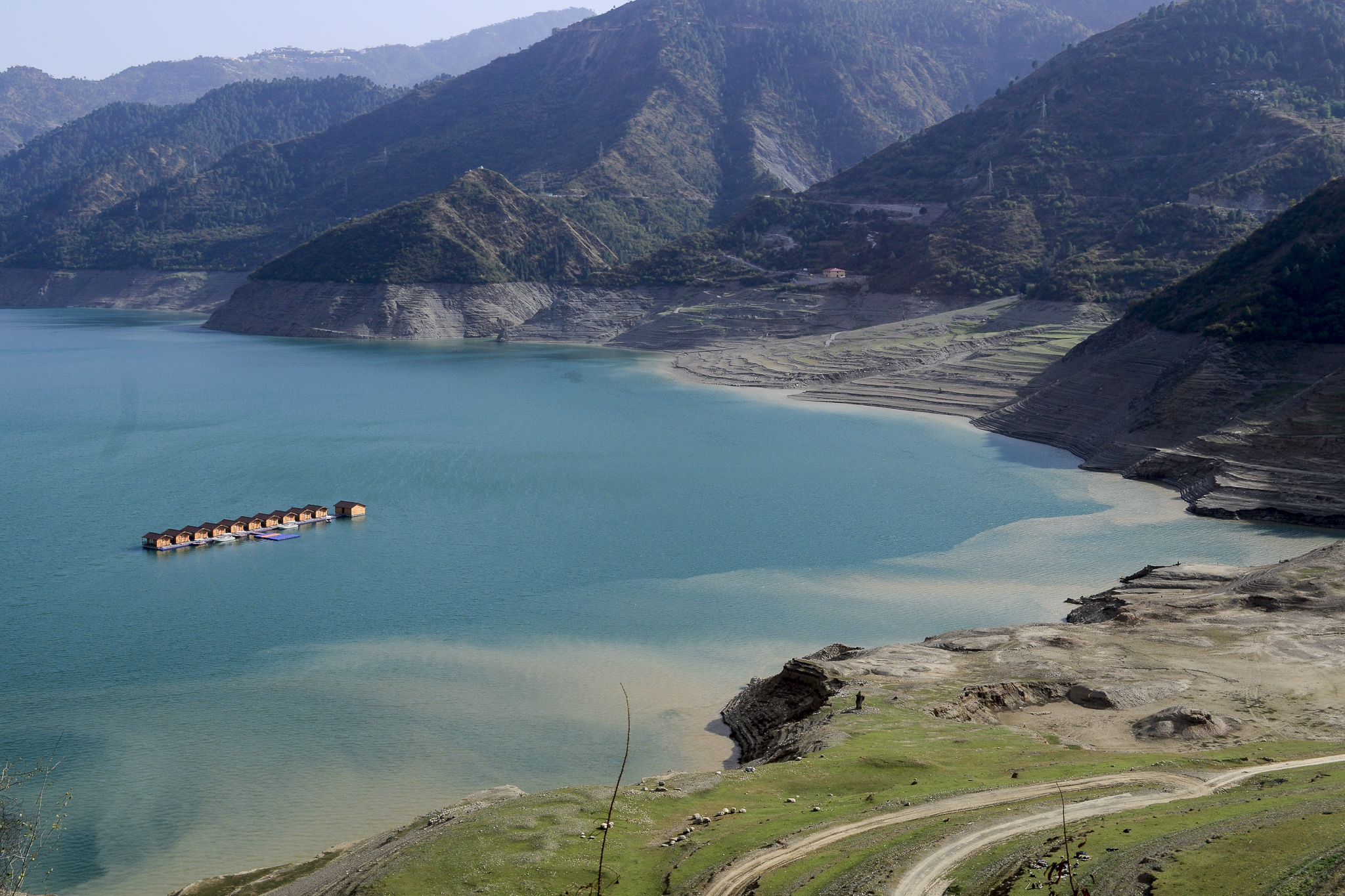 Communities affected by the construction of the Tehri dam, both those that were displaced and those now living on the edge of the reservoir, are still waiting for compensation and basic health and education services. Meanwhile, the government has spent large amounts of public money setting up these luxury houseboats for tourists. Recently, one of these boats housing a floating restaurant sank into the reservoir. 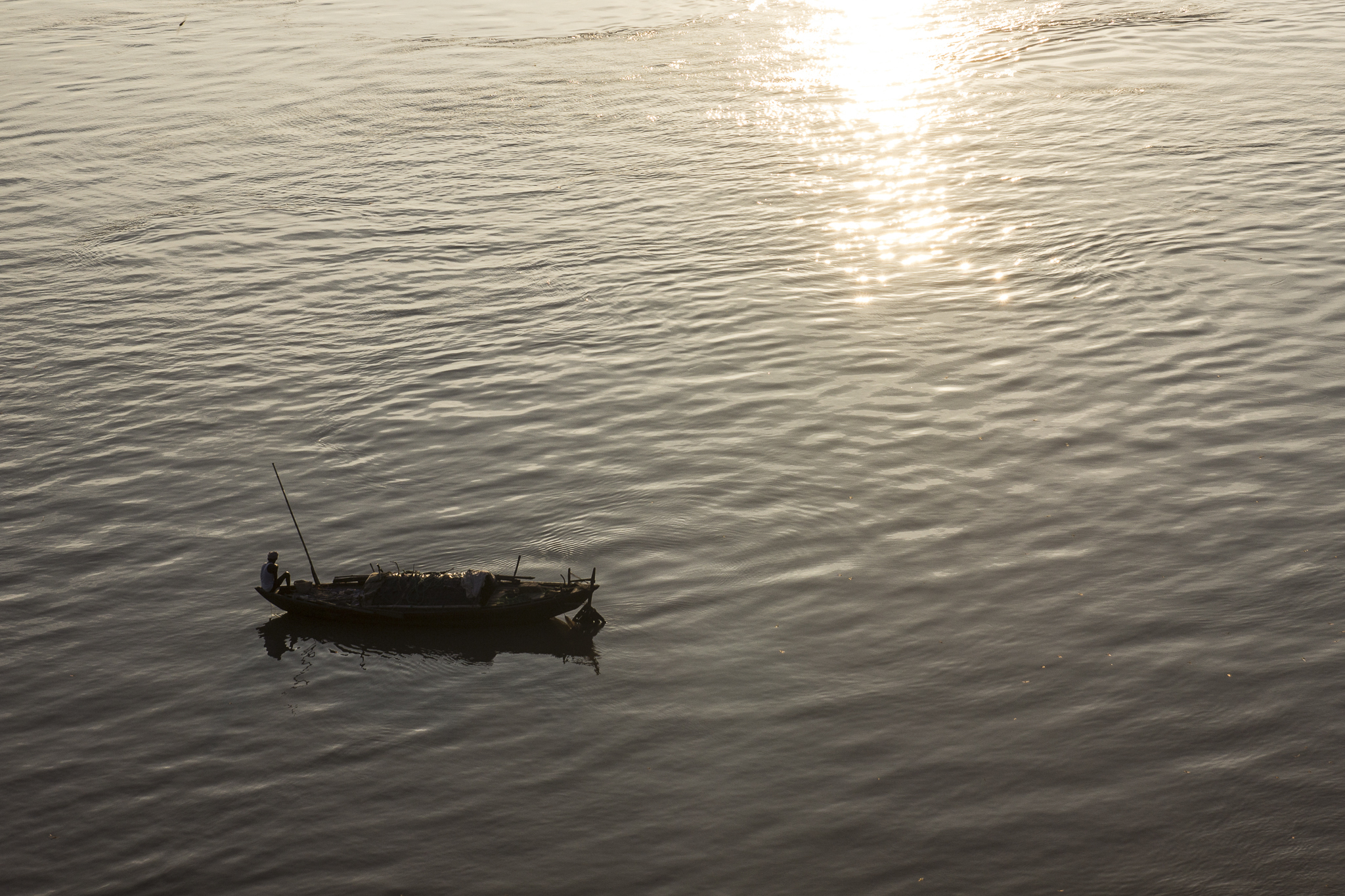 A fisher sits patiently on his boat watching the sun set over the river near Chunar in Uttar Pradesh. 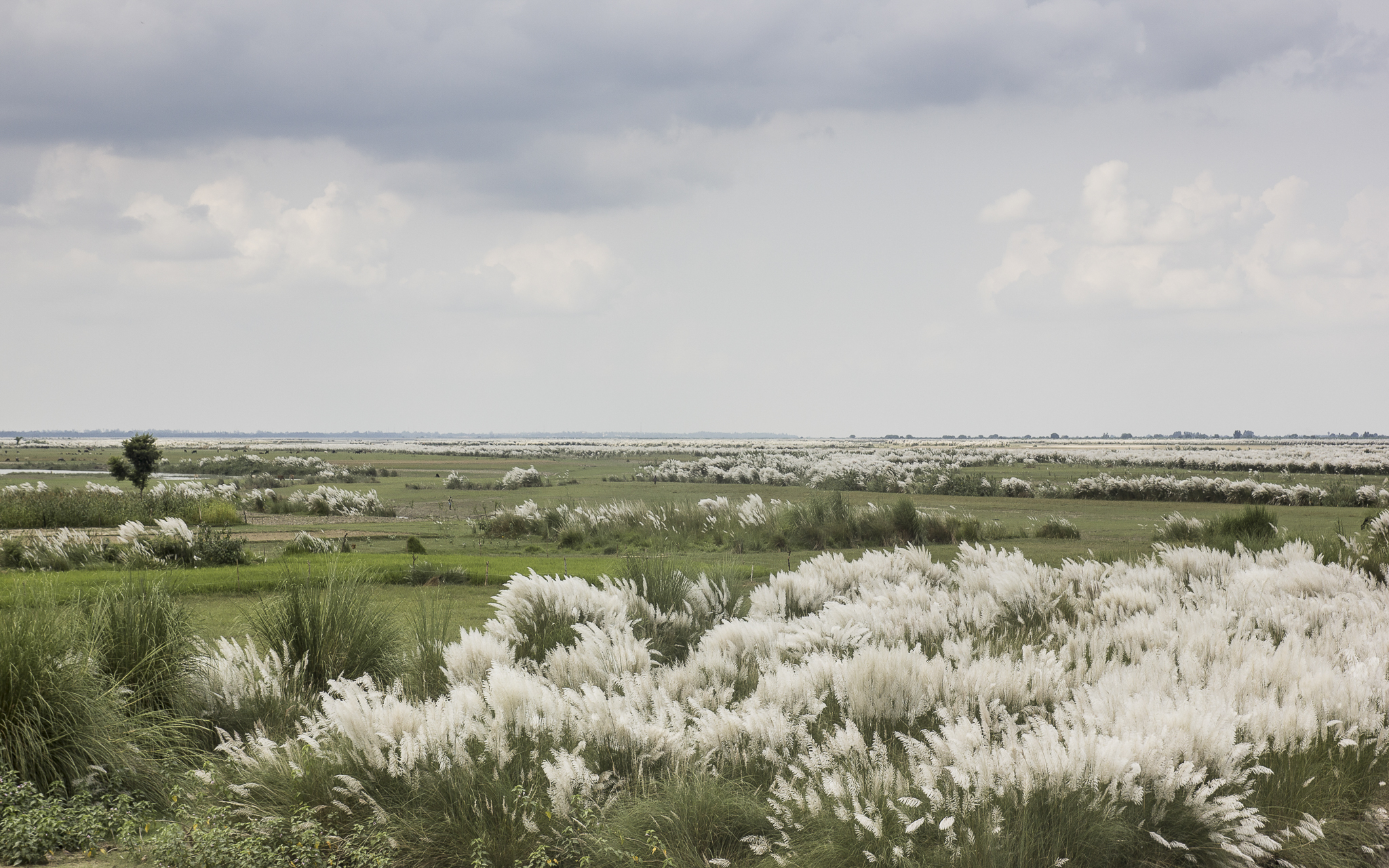 Following the monsoon, kans grass (Saccharum spontaneum) blooms on the floodplains in central Uttar Pradesh. It’s thought the full bloom of these grasses is a sign of the end of the monsoon and the arrival of autumn. This local knowledge is, however, being challenged by increasingly erratic weather.

This article is republished from The Third Pole.

Siddharth Agarwal has been walking across India, along rivers, trying to document and bring marginalised stories of people and the environment into the mainstream. 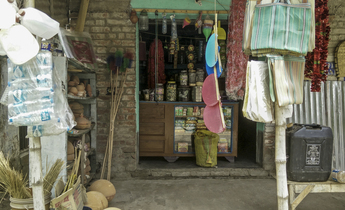 Gallery: The plastic trail of the Ganga