Brazilian beef exports are causing around 70,000 hectares of deforestation each year

Porto Velho is one of the biggest cities in the Brazilian Amazon but it still feels like a small town. Located in the heart of Rondônia state, trade is modest and the population is growing relatively slowly, increasing from 428,000 to 530,000 in a decade.

The cattle population, however, is growing much more quickly. A decade ago, the human and bovine populations in the Porto Velho municipality were similar. Today, there are twice as many cattle as humans.

This same trend is repeated in the other states that encompass the Amazon biome. Data from the Brazilian Institute of Geography and Statistics (IBGE) show that cattle herds in the north of the country have grown more than any other Brazilian region. Here, herds grew 22%, compared to the national average of 4%, as shown in a new cattle-ranching map of Brazil, produced by InfoAmazonia and Diálogo Chino.

This growth is driven by demand. With more money in their pockets, families worldwide, and especially those in developing countries, are consuming more meat.

China, the final destination of more than a third of meat produced in Porto Velho, is a case in point. Chinese consumers eat 30% more meat compared to a decade ago. Though the average person in China still consumes almost ten times less meat than the average Brazilian, the size of the country’s population means consumption habits have a tremendous impact.

Higher levels of beef consumption worldwide have brought prosperity to Rondônia’s farmers. Adélio Barofaldi is CEO of Grupo Rovema, which owns the largest network of car and truck dealers in the state, and invests in energy and livestock. He is also president of the Association of Rural Landowners of Rondônia (APPRO).

“We are the fifth-largest producer of beef from Brazil, with 70% of land preserved and not deforested,” Barofaldi told Diálogo Chino at his Porto Velho office. 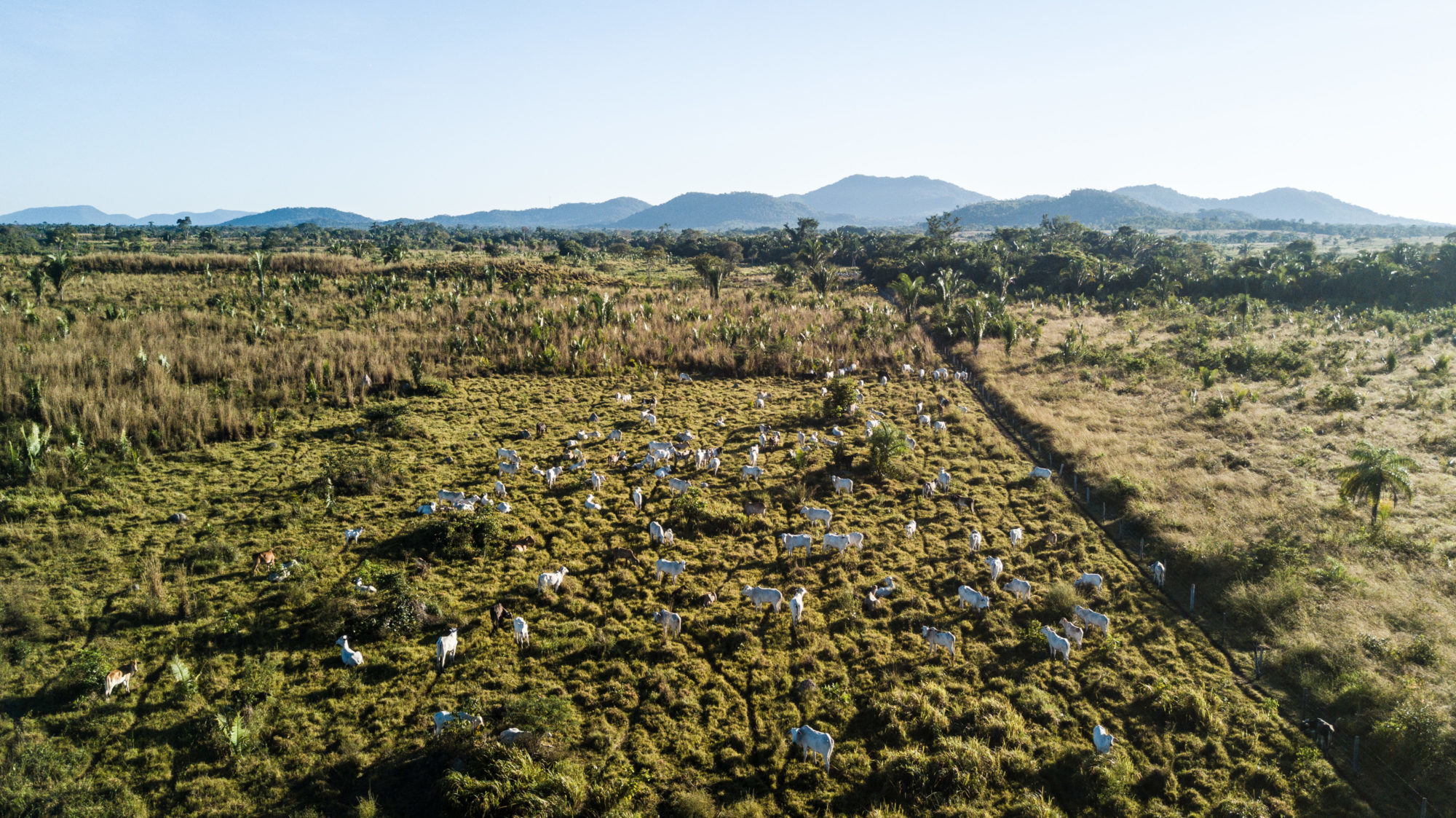 But the market has also become a powerful driver of deforestation. Rondônia was among the states most affected by this year’s fires. As local ranchers become more successful, the value of pasture in the region also increases, which has the common consequence of encouraging land fraud and the conversion of more tropical forest.

The irregular process of land occupation affects conservation units (areas), even in the state of Amazonas, which neighbours Rondônia. In the southern region, mainly the district of Santo Antônio do Matupi and the municipality of Apuí, the agricultural frontier is advancing alongside land fraud schemes, wood theft and forest clearance for pasture by unlawful fires.

Researchers and environmentalists are calling this process “Rondonization”.

According to IBGE’s most recent Municipal Livestock Survey (PPM), Porto Velho’s herd has grown 145% in just 15 years. By 2018, there were 1.04 million head of cattle, compared to 426,400 in 2004. Today, the Porto Velho municipality has the third-largest herd in the Brazilian Amazon, and the fifth largest in Brazil.


Porto Velho was indicated as having the highest risk of deforestation in Brazil’s entire beef export chain.

The Trase initiative, a group of researchers studying the impacts of the commodities trade, indicated in its latest report that Brazil’s annual beef exports, estimated at 1.4 million tonnes, generate 65,000 to 75,000 hectares of deforestation.

Of this, 22,700 hectares were attributed to exports to China, with some 18,000 of those hectares linked to Hong Kong, the number one destination of meat produced in Brazil.

The report explains that most deforestation (52%) occurs in the Amazon, meaning Hong Kong’s imports are more exposed to “deforestation risk”. Since mainland China gets most of its meat imports from meatpacking companies in the Cerrado biome, a vast tropical savannah, they carry a smaller deforestation footprint. 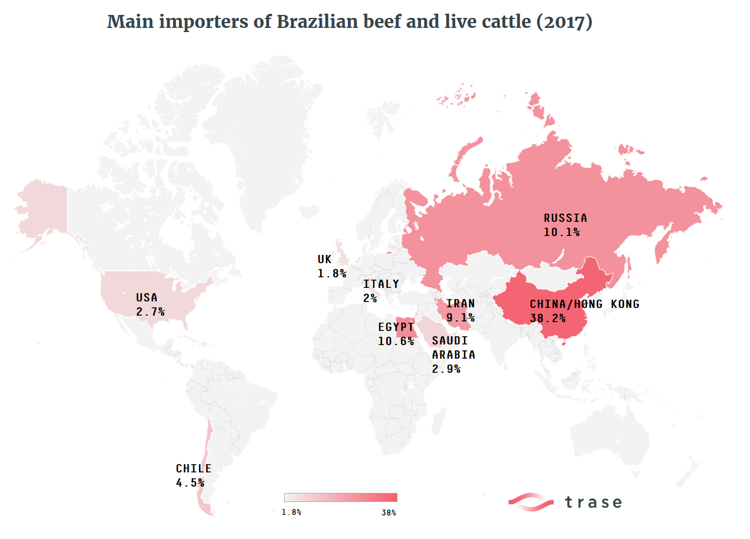 Since 2015, when Chinese health authorities approved imports of Brazilian beef after a years-long ban, business has skyrocketed. Imports from Hong Kong and mainland China account for a combined 38.2% of Brazil sales of packed meat. Recently, Chinese authorities approved supplies of meat from 17 new packing plants, more than half of which are in the Amazon region.

“China is the largest market. They are definitely exposed [to the risk of deforestation],” said Erasmus zur Ermgassen, a researcher at Trase and the University of Louvain in Blegium.

Ermgassen said that the research team reviewed import contracts from 2015 to 2017 to identify which processing plants exports came from and to calculate the deforestation risk. They checked this information against deforestation data at the municipal level, taking into account conversion to pasture and each meatpacking plant’s radius of activity.

Ermgassen hopes that the private sector will adopt the Trase indicator, since it translates pressure on forests into actual numbers.

“With this analysis, we are showing that it is possible to know how much deforestation exists within each exported cargo,” he said.

Even with the high correlation between meat exports and deforestation, Chinese companies do not seem to be paying attention.

At the beginning of the year, Trase had already identified Chinese companies with major potential to influence the Brazilian market. But a search on these companies’ websites did not find any mentions of sustainability. A few reported concerns over health issues and pollution, but all seemed inattentive to the threats faced by forests. 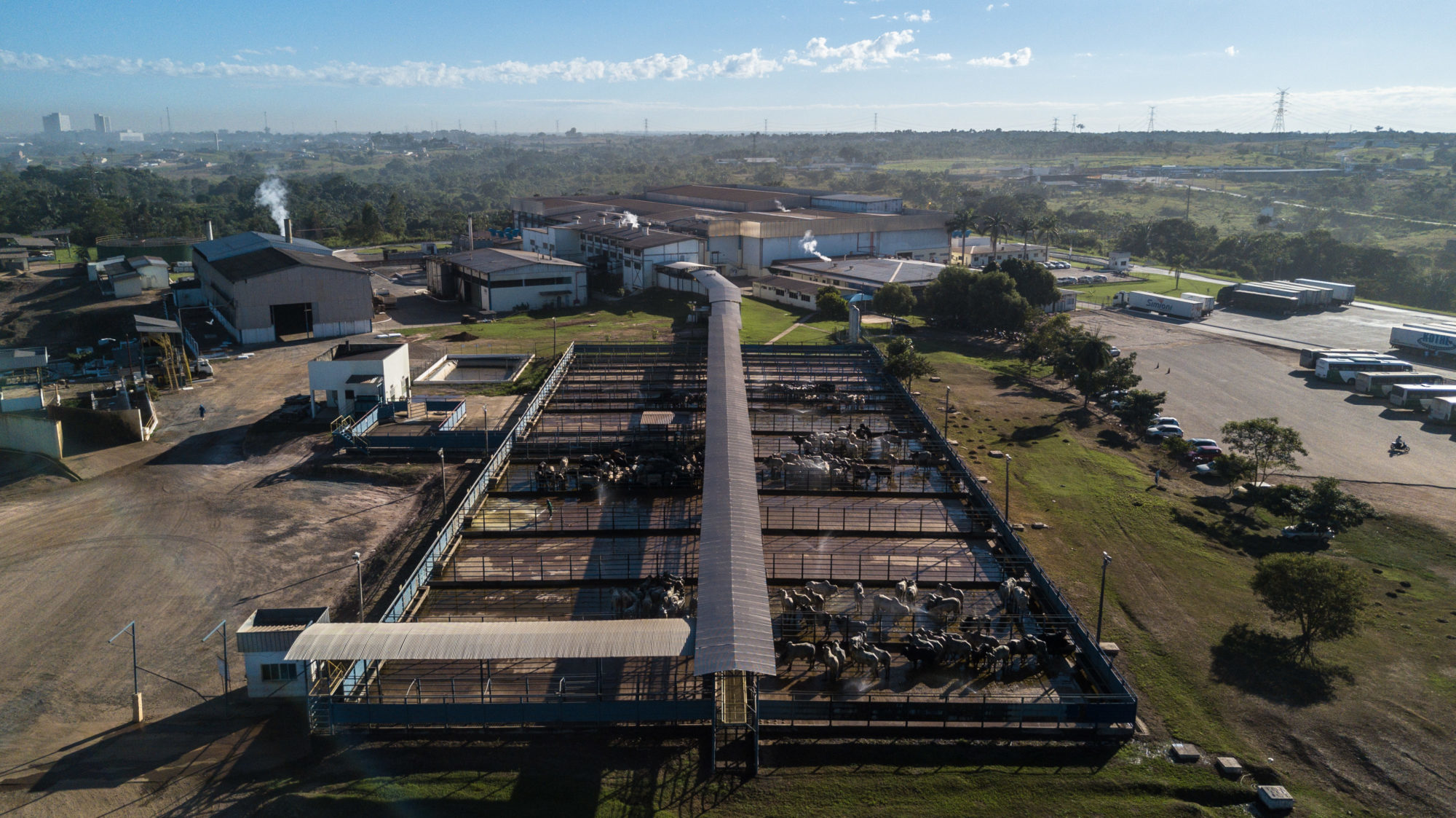 A cattle feedlot in the Amazonian state of Rondônia (Image: Fábio Nascimento)

A decade ago, Brazil’s federal public prosecutors found links between the meat industry and land fraud, fires and deforestation.

Launched in 2009, the Legal Meat programme established deferred prosecution agreements (TAC in Portuguese) to give meatpacking plants time to get their houses in order and meet tracking requirements along the beef production chain.

That same year, Greenpeace was able to get the country’s four largest beef producers to agree to support zero deforestation in the production chain.

Then in 2017, the Chinese Meat Association, which represents 40 importers, signed an agreement.

Though positive, such initiatives remain insufficient. Even with agreements covering 80% of meat exports, the challenge of total traceability is still a huge one.

Researchers who work on the topic, such as Imazon and Greenpeace, recently indicated that transparency is decreasing. They experience difficulties accessing information on livestock transport routes on the federal government’s website, as well as updates on companies’ own websites. 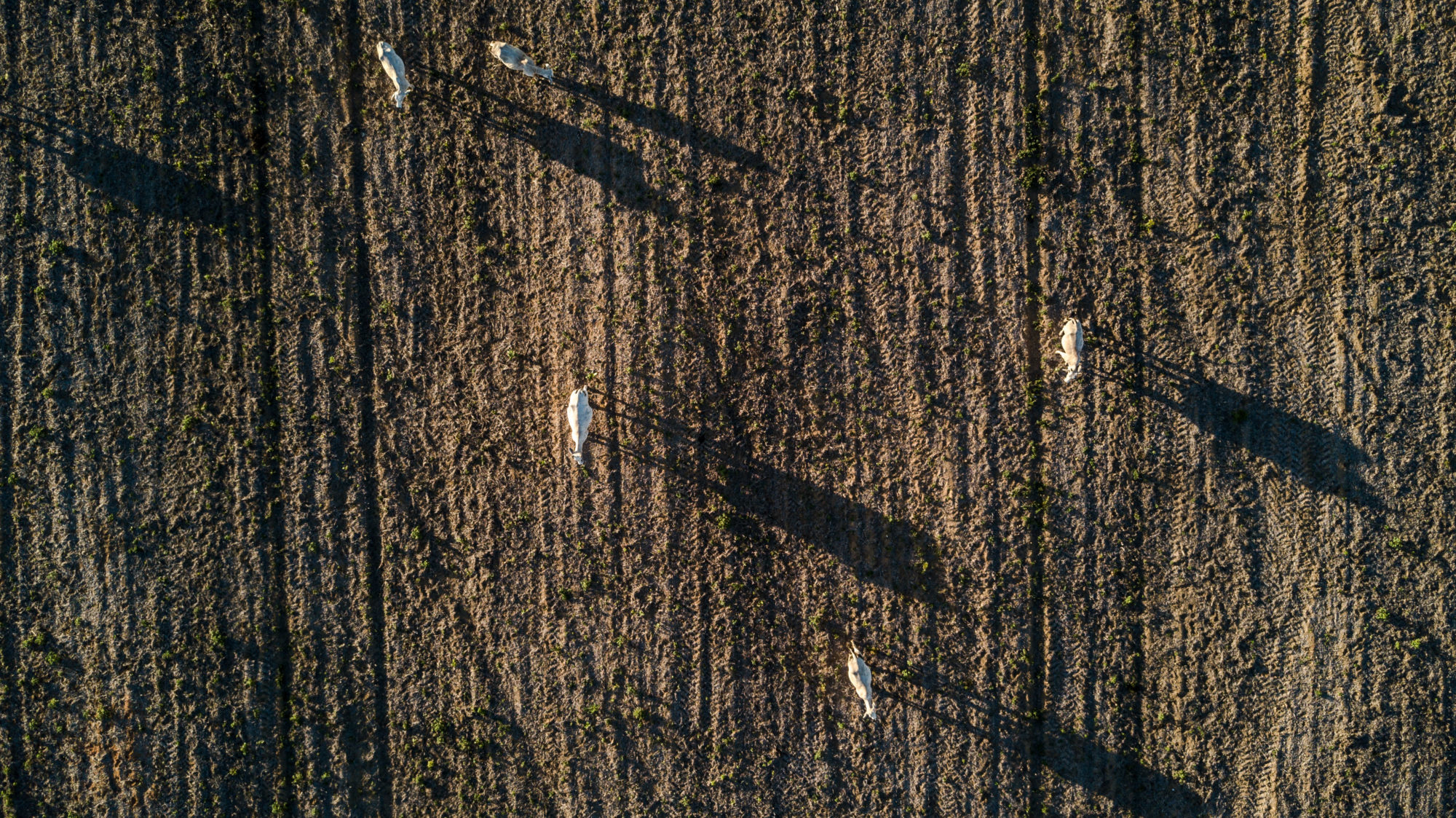 The main problem is that the herds are extremely mobile. This is partly the nature of the business. Cattle are born on one farm and fattened on another. They then go to the slaughterhouse and finally the meatpacking plant. Yet there are many cases of “triangulation” to legalise herds that at some point lived on pastures that had been illegally deforested.

Paulo Barreto, a researcher at Imazon who has studied ranching in the Amazon for decades, noted that it benefits neither producers nor the government to establish a system that permits total traceability since there is an economic advantage in keeping part of the herds invisible.

He added that the complex interaction of different actors within the system means it’s unlikely there is a direct connection between growing Chinese demand for beef and increased deforestation, Barreto said.

“In this system full of holes, any additional demand generates risk.”

Rancher Adélio Barofaldi insists on the need to “tell the truth about the Amazon”, which he says differs from the alarming headlines about fires that appeared in newspapers worldwide.

He says that criminalising deforestation is a mistake, since Brazilian legislation allows clearing on 20% of rural properties in the Amazon region.

“(Satellite) photography does not show whether deforestation is legal or illegal,” he says.

Barofaldi says that he has a 500-hectare area on his farm that he will not clear. If he were to do so now, he would run the risk of being called a criminal. 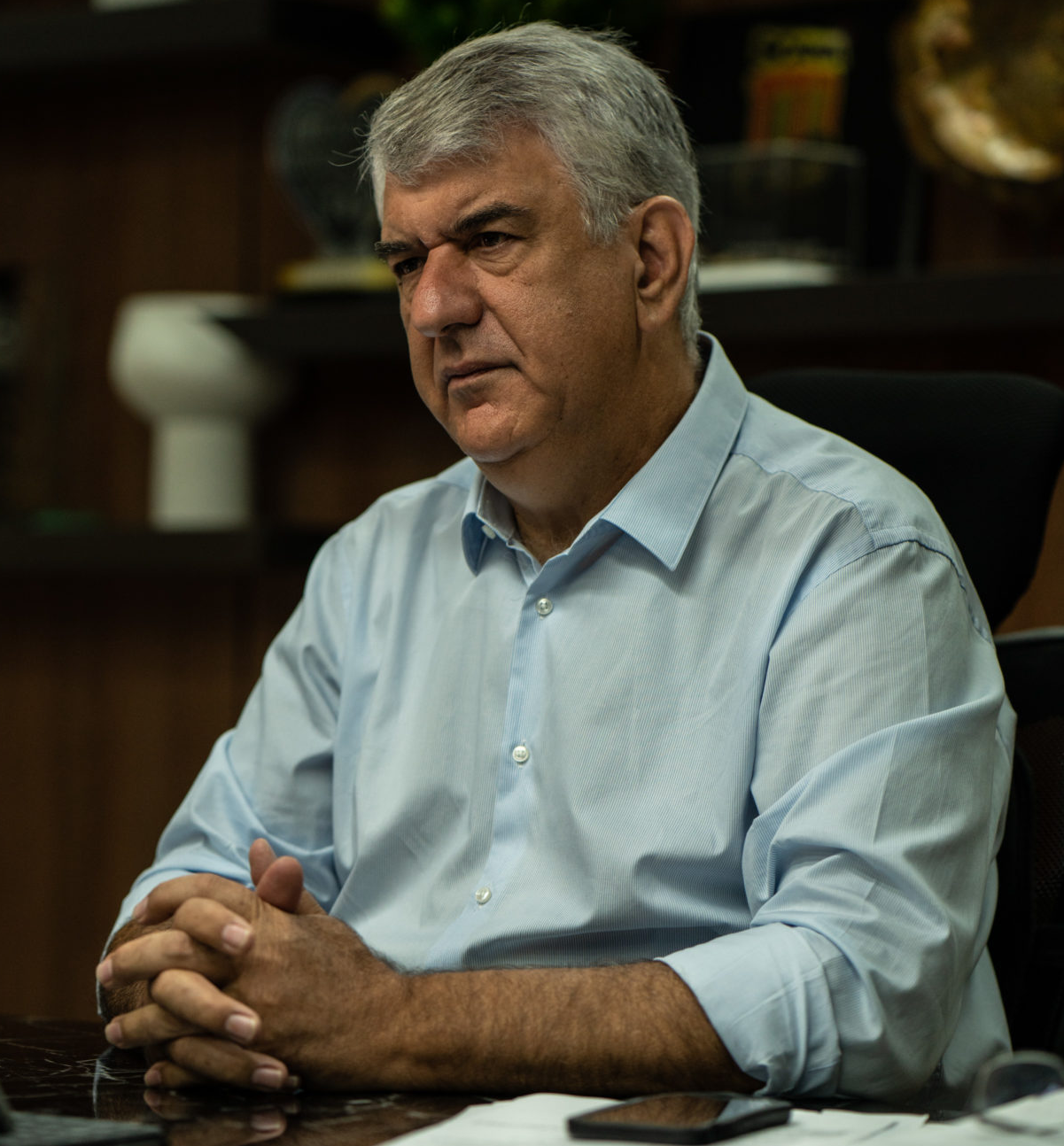 Barofaldi does, however, admit that livestock ranching needs to become more efficient, with better pasture management and intensified production.

In the Amazon, herd concentration is still low at only one animal per hectare. This number must be improved, he says, and explains that the goal is seven to eight head per hectare.

In Rondônia, the trend is toward using more technology, such as electric fencing, and recovering degraded pasture, to produce cattle and grains for export. “It would be possible to double the size of the herd in Rondônia without additional deforestation,” he says.


This article was originally published by Diálogo Chino 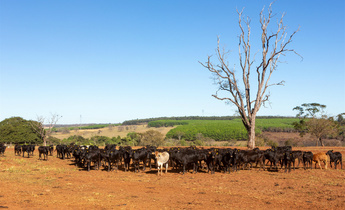 More than 80,000 fires have broken out in the Amazon this year, and deforestation for growing cows and soy are a major part of the problem 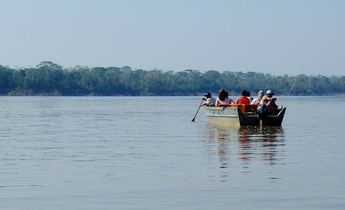 China-backed project to dredge the Amazon in Peru 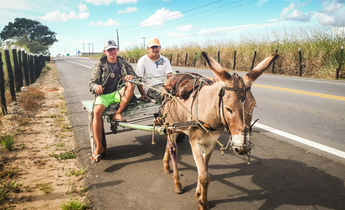 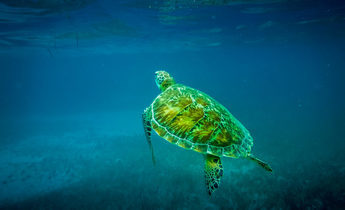 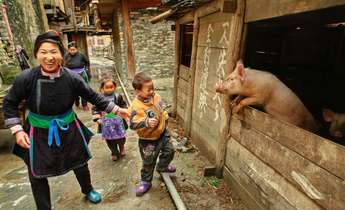 Once a symbol of prosperity and health, pigs in China are now factory farmed on Western lines, with disastrous consequences for people’s health, the environment and biodiversity 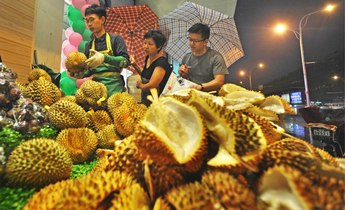 State governments are rushing to meet Chinese demand for the ‘king of fruit’, but at what cost to the environment and indigenous people? 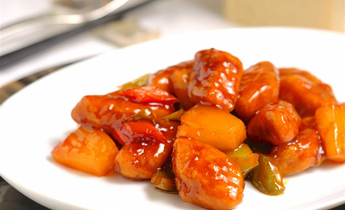 The rise of plant-based meat alternatives could reduce pressures on land and water, write Lucia Wei He and He Mu