Vehicle fumes are a major factor in China’s persistent smog, but experts disagree about who should foot the bill for tightening fuel standards

As large areas of China were enveloped by smog early this year, and PM2.5 levels soared off the charts, city-dwellers found themselves asking how things had got so bad.

Part of the answer can be found on the country’s congested roads.

While vice environment minister Wu Xiaoqing put the widespread smog and falling air quality down to “a combination of natural factors and human activity”, vehicle pollution, he said, was the “most prominent” cause. In 2012, the number of cars on China’s roads passed 100 million. Exhaust fumes have become a major source of urban air pollution.

Hou Yuxuan, an environmental sector analyst at investment advisor CIConsulting, said that the intensity of vehicle emissions is determined by fuel quality, the number of cars and the degree of congestion. Fuel quality in particular affects the toxicity and particulate matter content of emissions, which in turn impacts public health.

Most of China uses fuel that meets National Emission Standard III (NES III), which sets limits for carbon dioxide, nitrogen oxide, hydrocarbons and particulate matter. Cities such as Shanghai, Guangzhou and Nanjing use cleaner NES IV fuel, the next level up. Beijing alone is phasing in the stricter Beijing Emission Standard V, equivalent to the European Union’s Euro V standard, the strictest in the world.

Diesel vehicles are more of a problem, as there is a shortage of NES IV compliant diesel. NES IV was set to come into force nationwide on January 1, 2011, but has twice been delayed.

Technology used as an excuse

Anyone trying to find out why the process has been so slow will first be told about technical problems.

An engineer with one major Chinese oil company told National Business Daily that the oil firms were “feeling their way”, but faced numerous difficulties – with technical problems accounting for one third of these.

Cleaner fuel requires wholesale upgrading of equipment, technology and catalysts in use at the refineries, as well as engine upgrades for vehicles, explained an expert at the China University of Petroleum. That all takes time.

The industry is facing widespread calls for cuts in polluting fuel additives such as sulphur and manganese. Car makers also want to see less manganese used, as it damages engines. But cutting sulphur and banning manganese would reduce diesel’s octane rating, a standard measure of fuel performance. The lower the number, the more prone the fuel is to “knocking”, a malfunction where fuel burns in the engine earlier than it should, causing a series of knocking or pinging noises – something neither car makers nor drivers want to see.

However, many experts we spoke to said technology isn’t the real obstacle. It’s money.

“They’ve had clean fuel overseas for years – there aren’t any technical barriers. It’s just a matter of whether or not you want to do it,” said Li Houfeng, deputy head of the National Development and Reform Commission’s (NDRC) Energy Research Institute (ERI) and director of the National Centre for Climate Change Strategy.

There are two reasons for the delays, according to Chen Qing, an analyst with consultancy Sci99. First, upgraded fuel pushes up production costs – costs currently borne by the refineries. In Beijing, the higher quality fuel is still being sold at old prices. This gives them little incentive to drive through improvements and so upgrades have been slow.

Second, there are concerns about the ability of drivers to cover the extra costs were they to be passed onto the consumer. Developed cities such as Beijing, Shanghai and Guangzhou have taken the lead, but the extra costs would not be so easily borne in the poorer regions of central and western China.

Si Bin added that the price of oil has gone up over the last two years, and consumers are already feeling the pain. Drivers in China tend to have mid- or low-range vehicles – they don’t want to spend money if they don’t have to. That means even companies able to produce higher standard fuel are sticking to NES III.

Who pays for better fuel?

The winter smog prompted the Chinese government to put forward a schedule for fuel upgrades.

On February 6, the State Council instructed the standards authorities to speed up publication of tougher fuel standards. The already issued NES IV standard for petrol, which allows sulphur content of no more than 50 parts per million, would be followed up by an NES IV for diesel, with the same sulphur content standard, and a transitional period running to the end of 2014.

By June 2013, an NES V for diesel would be produced, and an NES V for petrol by the end of the year, both allowing only 10 parts per million of sulphur, with transition periods up to the end of 2017.

The State Council also told refineries to speed up their own upgrades to ensure supply would be ready on time, with China National Petroleum Corporation, Sinopec and China National Offshore Oil Corporation asked to take the lead.

Refinery experts say that a fuel upgrade adds 300 yuan per tonne to sulphur-removal costs, in addition to up-front investments in equipment. Paying for that affects the producers, drivers and even the government tax take. It has been calculated that, at a conservative estimate, it will cost 50 billion yuan for the three big oil companies to make the necessary changes.

There is an urgent need to decide how to cover those costs. Experts have differing opinions, sometimes sharply opposed.

“Of course the refineries should pay,” said Xia Qing, formerly deputy head of the China Research Academy of Environmental Sciences, pointing out that the state has ruled that if their fuel isn’t up to standard, they can’t sell it.

Jiang Kejun, an ERI researcher, holds the opposite view: “You have to increase fuel prices. There’s no more to discuss.” If cleaner fuel means higher costs, better-off drivers should cover these environmental expenses, he said. If the government subsidises the costs, non-drivers are effectively paying for those who own cars. That’s unfair for the public, and particularly the poor.

Others take a more conciliatory approach. Li Houfeng said all three parties have responsibilities they must accept – the government needs to set strict standards, companies need to implement them and consumers need to bear certain costs – while CIConsulting’s Hou Yuxuan argued it would be unfair to expect refiners to bear all the costs. Overseas experience has shown the fairest way is to divide the costs between fuel and car producers, consumers and, through reduced taxation, the state, Hou said.

Notably, some academics have said the government’s super-profits tax on the oil firms could be reduced to cover these costs and lessen the burden on drivers. The rules on this tax state that some of the income will be returned to the oil giants to account for costs incurred thanks to caps on domestic fuel prices, meaning such a move would be in line with national policy.

Liu Linpeng is a reporter at National Business Daily

Beijing air is worse than London's past

Beijing's air pollution is not only in the city itself, but also in urban areas surrounding the capital. 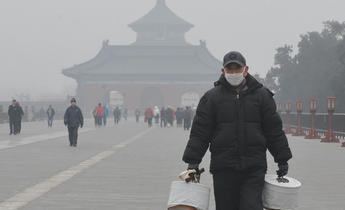 Slang for a persistent throat tickle brought on by air pollution which started in Beijing’s foreign community is catching on fast among locals. 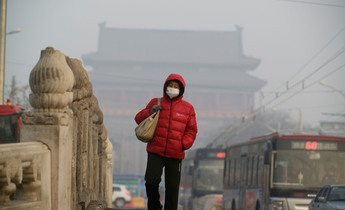 A dream of blue skies

Writing from his smog-enveloped home city, Ma Jun dares to imagine a China free of urban air pollution – and invites others to join him.

Bleak new statistics on pollution in China’s richest city show government efforts have failed to attack the most serious threats to public health. There is a better way forward, writes Mike Kilburn.

US car fumes: a call to arms for China

Gas-guzzling America has tightened controls on vehicle emissions in a move green advocates hope will spur Beijing to greater action. Zhang Ke listens to the views of two experts.