The European Union has made strong commitments to reduce emissions, but could have been more ambitious on renewable energy, says climate and energy analyst Gerard Wynn

New European Union energy and climate-policy targets – with a headline 40% reduction in greenhouse-gas emissions by 2030 – have boosted hopes for a global climate deal next year.

The world is accumulating extraordinary climate risks, from bleaching of coral reefs in the south to melting permafrost in the north, and more serious droughts, floods and heat waves.

These changes are impossible to reverse, because the main greenhouse gas, carbon dioxide, remains in the atmosphere for many centuries: there is no possibility for a last-ditch solution, raising the stakes for action sooner rather than later.

UN negotiators hope to be able to secure a deal between the major emitters to cut emissions at a meeting in Paris in December 2015.

For the EU, there is also another motive. The region needs to renew its ageing energy system while maintaining affordability and competiveness. The Ukraine crisis has created a new priority; to reduce energy dependence on Russia.

The history of international agreements from nuclear disarmament to free trade shows that countries have to be convinced of the benefits before they cooperate, and build trust in each other step by step.

The main objective of an international climate agreement in Paris next year must be to achieve trust.

A “grand bargain”, where countries agree to solve the climate problem in one go, is out of reach. With trust, that will follow.

But ambition is still important, regarding an issue as pressing as climate change. EU leaders last Friday agreed three headline targets for 2030: to cut greenhouse-gas emissions by 40% compared with 1990 levels; to get 27% of all energy from renewable sources; and to cut energy consumption by 27% compared with projected levels.

How ambitious are they?

Collectively, the EU is comfortably on track to meet its present target, to cut greenhouse gases by 20% by 2020. EU emissions are already about 19% below 1990 levels, helped by the financial crisis and two Eurozone recessions.

The new emissions target may be more stretching, however. First, EU countries were allowed to meet the 2020 target by buying international carbon offsets. The new target refers to “domestic reduction” alone. Second, an EU impact assessment shows that, without new policies, it would only achieve emissions cuts of about 31% in 2030.

But the target will not eliminate a glut of emissions allowances under the EU emissions trading scheme, or lift European carbon prices.

Under the renewable-energy target, EU states must get 27% of their energy from renewable sources, compared with 20% in 2020. This target looks too easy. First, it is not binding on individual member states, and so may be difficult to enforce. Second, EU energy consumption is actually declining, and so the target may be 27% of a shrinking number. Third, the EU’s own impact assessment found that a reference scenario with no new energy and climate policies would still deliver renewable energy at 24% of consumption in 2030.

In the overall international context, however, the EU offer is a good one: the region is revealing its hand in good faith. A Paris agreement above all else will succeed on a willingness to participate, where the EU has once again led the world in taking the first step.

The three main domestic energy goals which the 2030 package must achieve are: investment in the region’s energy infrastructure; security of supply; and cost reduction.

By sending a clear policy signal some 15 years ahead, the 2030 targets will without doubt succeed as a long-term target to drive investment.

And by setting targets for energy efficiency and renewable energy, the package will certainly reduce net fossil-fuel imports.

On the issue of cost, however, there is a great deal of confusion.

The recent New Climate Economy report did a good job of trying to clear this up. The investment cost of high and low-carbon energy systems are broadly similar: the lower operational cost of renewable power balances its higher capital cost. Once you include the wider benefits of a low-carbon transition, however, such as cleaner air; better security of supply; protected green spaces; cheaper services in more compact cities; and a safer climate, then a low-carbon approach offers better value.

The EU’s own analysis of its 2030 targets bear this out.

An important benefit, and a topic close to Chinese hearts, is cleaner air from burning fewer fossil fuels which produces dangerous smoke particles called particulate matter. The targets agreed last Friday were roughly equivalent to a scenario which the EU assessment calculated would save around 11.5 million life years in 2030, which it valued at 17-35 billion euros annually. If you suppose that the average person lives 75 years, that is equivalent to 153,000 lives saved per year.

The weakness of the new renewable-energy target reflects cost concerns, and the fact that some countries like Britain are pursuing nuclear power as an alternative low-carbon technology.

The weakness of the energy-efficiency target is disappointing, as one of the EU’s main opportunities to drive competitiveness, given its extraordinary dependence on energy imports (at 54% of consumption); high power prices; and strength in innovation.

EU leaders agreed to review the efficiency target by 2020, with a view to strengthening it; they are well advised to do that.

Gerard Wynn analyses energy and climate policy, as an advisor to business and environmental groups. He was formerly a reporter and analyst with Reuters news agency, and has a PhD in environmental economics. 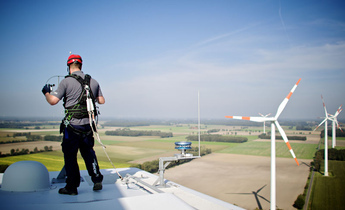 How has climate politics changed since Copenhagen?

Ahead of next week's climate summit, chinadialogue asked six women activists what has changed since the 2009 Copenhagen conference

Campaigns to persuade institutions to withdraw investments from the fossil-fuel sector are gaining momentum. So what do you need to know?