The UK is wasting a huge sum on nuclear energy at a time when low-carbon sources can provide a growing share of the world's electricity supply, writes Paul Dorfman

Germany’s green power surge has come at a massive cost

The German renewables transition has been a phenomenal success, but consumers – and hence voters – are starting to feel the pinch

With 500,000 tonnes of contaminated water onsite and reactor 1 off limits until 2025, decommissioning will take 40 years

China accounts for almost half of the world’s new-build of nuclear reactors but recent delays, cost overruns and safety scares are challenging the country’s plans for atomic energy, writes Paul Dorfman

Karachi nuclear reactors: the environmental watchdog that did not bark

Up to 50% of the world’s largest companies are lobbying for little or no action on GHG emissions, says new report 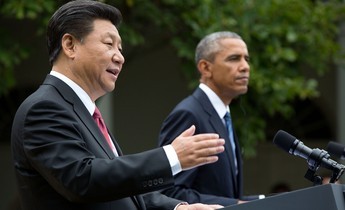 China’s new climate diplomacy could make a major contribution to a future climate pact, but a global agreement in Paris will likely be general outlines rather than a detailed deal