The relationship between climate change and migration is much more subtle and complex than ‘clickbait’ headlines suggest, write Kayly Ober and Patrick Sakdapolrak

When we talk about climate change and migration, very often a couple of the same images pop up over and over again. One is of drought and humanitarian crisis leading to hordes of migrants; the other is of sinking islands and people losing their homes. Both are very striking, but often used for extreme simplification of very complex issues. What’s the real role of climate change when it comes to migration? What do we know? And what do we need to do about it?


In a 2015 article published in the scientific journal PNAS, researchers claimed that climate change contributed to widespread multi-year drought and mass rural to urban migration, which in turn fomented conflict in Syria. They repeated an oft-used argument within the environmental security debate, which relied on a simplistic causal chain of events linking resource scarcity (through droughts), migration, and conflict. This is a problematic narrative—where climate change is emphasised over perhaps more important other political and socioeconomic factors. According to a UN Report by Special Rapporteur Olivier De Shutter, high rates of rural-urban migration were happening in the years before the drought and mostly triggered by the liberalisation of agricultural policies. Syrian expert, Francesa De Châtel, added in a Spiegel online article about the article’s results: “The role of climate change is not only irrelevant, emphasising it is even damaging.”

Meanwhile, in September of this year, TIME magazine published the headline “How Climate Change Is Behind the Surge of Migrants to Europe” based on the PNAS article. This is evidence of a pattern we often see in climate-migration discussions, where so-called “climate refugees” or “climate migrants” are used as clickbait. This is particularly egregious considering that the PNAS article was in itself already misleading, but it’s also dangerous for the migrants themselves.


First, it glosses over the actual causes of migration and displacement. Second, it lumps together migrants into one “mass” and discounts social inequalities that make for vulnerable circumstances leading to migration. Third, it sows fear in Europe and other receiving countries that there are “climate barbarians at the gate,” which exacerbates already existing xenophobic tensions.


While Syria is on the mind of most these days, “climate refugees” have more often been personified through the cases of small island states, most notably Tuvalu, Kiribati, and the Carteret Islands. A year ago, The Washington Post asked “Has the Era of the Climate Refugee Begun?” when a Tuvaluan family received residency from New Zealand based on the threat of climate change. Mother Jones asked “What Happens When Your Country Drowns?” of the same country. Similarly, the Guardian published the headline “Pacific nations beg for help for islanders when 'calamity' of climate change hits.”

Past the buzzwords, lies a far more complex story. Scholars such as Carol Farbotko and Heather Lazrus argue that there is “a tendency to discount long histories of ordinary mobility among affected populations. The case of Tuvalu in the Pacific juxtaposes migration as everyday practice with climate refugee narratives.” Indeed, “sinking islands” stories only serve to dehumanize and strip the agency of Pacific islanders.


In reality, Pacific Islanders push back on and outright reject the label of “climate refugee.” They are, in fact, proactive and resilient peoples, searching for their own regional solutions while campaigning for strict mitigation measures. A case in point: “migration with dignity” is a key policy for Tuvalu. As President Anote Tong explained to the Australian Broadcasting Agency, the plan is “to train [migrants], to up-skill them, so that they can be worthwhile citizens when we relocate them as a community, not as refugees.”

Consequently, the term “climate refugee” is far more often used by Western politicians to grab public attention for climate by appealing to the deep-seated fear of mass migration to the North. A recent striking example is that of German Minister for Environment Barbara Hendriks’ comments before leaving for COP21 in Paris: she stated that “climate policy is refugee policy” and that Germany will face a massive refugee movement if climate mitigation is not addressed more actively. She also called for the acknowledgement of “climate refugees” by the UN.

While the intention of Hendriks and others addressing the cause of so-called climate refugees may sound noble, they are problematic. The problem of attribution of environmental causes to migration is ignored. The usage of the clearly defined category refugees under the Geneva Convention is imprecise. The fact is that even those theoretically protected under the current convention (without the broadening to include climate) are facing increasing difficulties to have their rights acknowledged.


We do not deny that climate change or intensifying climatic risks have an impact on migration decisions for people, especially if their livelihoods are resource dependent. But climate change and risks are seldom the sole causes. A widely accepted framework by the UK Government-funded Foresight Report on Climate Change and Migration establishes that climate change influences other existing and emerging social, economic, environmental, demographic, and political drivers of migration.

The decision to migrate or to stay is then furthermore dependent on personal and household characteristics as well as other contextual factors (e.g. cost of moving, existing networks). The wide range of ways household use migration to deal with environmental stress is exemplified in the “Where the Rain Falls” Project by UNU-EHS.

The multi-country study analysed the wide range of roles migration plays in the context of climate change: Some groups are “trapped,” as they cannot utilize migration as a way to deal with risks; others cope with risks through migration to get along and survive in difficult times; for some migration is strategically to enhance their resilience. In the cases where climatic risks play a role in migration, there is hardly any evidence that these movements include crossing borders or heading to Western countries. Drought affected farmers, for example, mostly migrate temporarily and over short distances within the country.

A study by UNHCR in refugee camps in Ethiopia shows that violence and repression robbed people of the ability to deal with environmental stress and forced them to leave the country.

Emphasising climatic factors, as has been done in the Syrian case above, distracts from the immediate causes of flight and death.

In recent years, a new buzzword, “migration as adaptation,” has entered the discussion on migration and climate change. This idea puts a positive outlook on migration by considering the potential positive impacts of financial remittances as well as ideas and technologies facilitated though migration. The understanding of the mechanisms and circumstances for a positive impact of migration on climate change is limited and the empirical evidence is sparse. Hopefully, the gap will be closed by the activities of several research groups, including TransRe and IOM’s MECLEP – which are currently tackling the issue.


While Syria has reinvigorated talk of “climate migrants” and Tuvaluans’ claims to asylum in New Zealand have increased the visibility of “climate refugees” in the media and political forums, we must be aware this may come at a price. Indeed, COP21 itself seems to already be the testing ground.

After much debate, the most up to date draft for COP21 includes migration, in brackets, under the section on loss and damage. This means that migration, if it is to be part of the agenda at all, will be mainly addressed through issues of compensation and/or relocation. Thus, the emphasis this time around will be on a climate displacement facility. Such a step seems daunting in the face of existing politics and tensions over just who will foot the bill.  Perhaps a small sampling of this can be seen by the fact that Switzerland would prefer to leave the issue out of negotiations entirely.

The fact that there seems to be less of a focus in COP21 on migration being a means of adaptation is not a very promising sign and may undo some of the headway made by the 2010 Cancun Adaptation Framework, which had catalysed much of the research on “migration as adaptation.” Further still, there is a need to more systematically align climate and development policies, as aims such as poverty reduction, food security as well as effective governance structures dealing with climate change, are important aspects in the climate-migration nexus.

Nevertheless, policymakers must acknowledge that enhancing capacities to deal with climatic risks in source areas won’t automatically prevent people from migrating. We need to acknowledge, accept, and understand that migration is an integral aspect of global society.

Patrick Sakdapolrak is a research group leader at the University of Bonn, where he is currently heading two research projects on the migration-environment nexus. Twitter: @PSakdapolrak

Kayly Ober is a research associate/PhD candidate at the University of Bonn, where she works for the TransRe Project. She has over five years of professional experience on issues relating to climate change, adaptation, migration, gender, and human security. Twitter: @KaylyOber 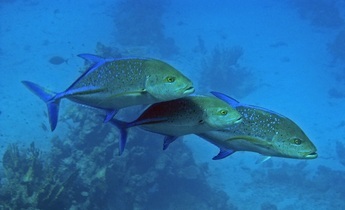 Why protection of the world’s oceans matters

As world leaders gather for the Paris climate Summit, a new call is made to protect the world’s oceans, writes Isabel Hilton

How combatting climate change is good for our health

Climate change could do major harm to gains in human health, but taking strong action now will have huge benefits, according to a new study. Two of the report’s authors spoke to chinadialogue

Could a new treaty help millions of climate migrants?

Natural disasters are displacing record numbers of urban Chinese, but millions are migrating into the same cities to escape different environmental problems