President Xi Jinping opened the Johannesburg summit on Chinese African Cooperation on 4 December with a historic pledge to provide Africa with US$60 billion in development funding.

The investment, a combination of aid and low-interest loans, was welcomed by African leaders, including Zimbabwe's Robert Mugabe and South Africa's Jacob Zuma, who need to reduce inflation in their struggling economies and build basic infrastructure for their people, such as roads, schools and hospitals.

But it is not yet clear how funds will be distributed among the 50 or so nations eligible for aid, some of which have not always spent development aid to good effect, or what measures will be put in place to avoid another major African debt crisis.

Some African economies are heavily dependent on oil and gas production, vulnerable to fluctuating oil prices and rising commodity prices, which benefit countries richin natural resources. The decline in global oil prices has benefited millions of consumers but threatens to undermine the oil producing economies of Nigeria, Angola, Equatorial Guinea, Gabon and Sudan. The outbreak of Ebola in Sierra Leone and Liberia this year has made matters worse.

President’s Xi’s US$60 billion promises US$35 in loans and export credits, nearly twice the amount pledged by China at the preceeding China-Africa summit, continuing China’s trend of nearly doubling its commitment to Africa every three years. In 2012, China pledged approximately US$20 billion.

This time, some of the funding has been earmarked for environmental and sustainability projects. In his speech, the Chinese premier highlighted the need for “bolstering resource and energy cooperation” and “expanding cooperation on the marine economy”.

“China will expand and deepen mutually beneficial cooperation in resources and energy with African countries,” he told a hall full of delegates at the Johannesburg summit.

“It will support the construction of national or regional power grids in Africa, boost cooperation with Africa in the development of renewable energy and low-carbon, green energy, such as wind power, solar power and hydropower, and promote rational development and utilisation of renewable energy sources in order to serve Africa’s industrialisation,” he said.

The wider package, however, will also fund the construction of mines and oil rigs.  Investment will be channelled into a range of projects in agriculture, healthcare, technology,  hospitals and goodwill projects such as sports stadiums.

According to Deborah Brautigam, an expert on China’s relationship with Africa at the School of Advanced International Studies in Washington DC, China will provide US$5 billion in grants and zero-interest loans, and US$35 billion in a combination of preferential loans and (non-preferential) export credits and concessional foreign aid loans.

No timeline has been announced, but Brautigam expects funds to be fully committed over before the next China-Africa summit takes place in three years’ time.

An additional US$5 billion has been pledged to the China-Africa Development Fund (which is now expected to reach US$10 billion) and will increase the China Development Bank-funded African Development Special SME (small and medium enterprise) loans by another US$5 billion (a fund originally set up at US$1 billion).

Finally, the Chinese president promised to set up a new China-Africa Industrial Cooperation Fund with a further US$10 billion. China is not cancelling debt to low-income African countries, but will cancel will cancel the overdue proportion of interest-free loans, a continuation of a Chinese policy that dates back to 2000.

How much these loans will help Africa will depend on the ability of individual nations to repay them and Professor Brautigam sees a risk of a new debt crisis in Africa.

“It will contribute toward another debt crisis,” Brautigam told chinadialogue. “My sense is that a lot of countries are having trouble absorbing the Chinese loans on offer over the past three years. With lower prices for their exports, these loans will be harder to repay.”

“These loans have a long grace period but China intends for them to get paid. These are business loans,” she added

As China was making environmental pledges in COP21 Paris, President Xi Jiinping outlined how China hopes to help Africa do the same.

The ‘Ten Plus Ten’ cooperation mechanism between Chinese and African agricultural research institutes will oversee agricultural development projects in 100 African villages, with 30 teams of agricultural experts.

Brautigam explained that an experiment in Tanzania in a village called Pea Pea, carried out by a China agricultural university, in which villagers come up with ideas about what [aspects of agricultural education] they want help with, has been considered very successful and may be a model.

“ ‘Agricultural Demonstration Centres’ [observatories to study agricultural processes] have been set up…Local [African] officials have been bemused by these because they didn’t ask for them and didn’t have a way to use them. They were just there - they are not that useful.”

It’s not yet clear whether the new project will look more like Pea Pea or the less popular, demonstration centres.

The US$60 billion development package is being viewed as a golden opportunity for Africa countries. The Chinese government has made a pledge to build infrastructure where countries need it. At the same time, Chinese construction companies will benefit from these contracts given to them.

If careful planning is undertaken and corruption controlled, there is major potential for projects that will help African nations cope with climate change and better protect their ecology. The onus  is now on these nations to decide how to go about it.

Here are the important numbers

​400,000 - African personnel who will receive training in China

What if these loans can't be repaid?

A basic question, what if an African country cannot repay a huge loan that China provided them with. What happens then?

How China is rewriting the rules of investment in Africa

China is enabling developing countries to mirror its strategy of infrastructure-led development by providing the needed investment at low cost. The West has a lot to learn.

China’s firms battle each other in Africa 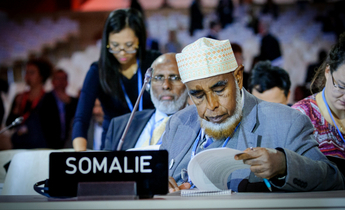 Why does the US$100 billion matter to LDCs?