Rolling out renewable energy around the world should be the real legacy of the Paris climate agreement, writes John Mathews

In the wake of the Paris climate accord, there has been much discussion of the so-called ‘moral case’ for fossil fuels, particularly in countries such as India.

The case goes as follows. It is all very well for activists in the advanced world, and even for do-gooders in the UN to celebrate a triumph in Paris. But while the West was able to industrialise using cheap fossil fuels, why should the millions in India and elsewhere be denied this privilege?  The argument is summed up in a pithy expression: “Let them eat solar panels”.

An article by Philip Lambert in the Financial Times prior to the conference set the tone. “Humanity still needs fossil fuels,”  Lambert says, adding that the fear of global warming could deter investors from putting “the necessary hundreds of billions of dollars in crucial new oil and gas production capacity”. The consequence, he says, would be that this “would rob millions of people in the developing world of their best chance of escaping poverty”.

This argument conveniently ignores the case for renewables that stands independently of the issue of climate change. Costs of renewables have been falling so rapidly that countries such as India can now deploy them for mainstream electric power generation – provided they are allowed to build the new industries through measures such as “local content requirements” (when a certain percentage of goods must be sourced domestically) which are increasingly being challenged by advanced countries at the World Trade Organisation (WTO) in Geneva.

Instead of building renewable energy industries in order to salve the conscience of western liberals, countries such as India are in fact seeking to build solar and wind power as fast as they can for very good reasons, such as energy security and cleaning up local particulate pollution.

Generating its own electric power from renewable sources is the obvious way to avoid this expensive dependence – and the resulting geopolitical entanglements that could embroil India in oil wars or oil-related terror attacks. As the costs of generating power using clean technology comes down to a level comparable with the costs involved in using fossil fuels, the game changes. And once grid connections enter the equation, along with energy storage innovations, allowing the poor to access regular power sources, then renewable energy systems become even more attractive.

At this point there is no longer any moral case for countries continuing to put up with the filth and pollution caused by fossil fuels. They can leapfrog straight to a new era of solar and wind power – because of falling costs.

The reason costs are falling is that solar panels and wind turbines are products of manufacturing – which operates according to a learning curve principle through which costs are relentlessly reduced as experience accumulates and markets expand.

Apart from obvious energy security and environmental security issues, renewables offer industrialising countries their best chance of breaking into manufacturing value chains. Whereas the global fossil fuel economy offers countries like India a marginal role at best, the world of manufacturing renewables and deploying them in solar and wind farms offers real economic benefits – local employment, exports and integration into value chains. These are substantial benefits that have little to do with global climate change and everything to do with building wealth and incomes through industrialisation.

Here we come across the trade barriers that are threatening such a favourable trajectory. Following the lead of countries like China, India is deploying local content requirements, attaching conditions to foreign direct investment in the building of wind and solar farms. The National Solar Mission envisages a target of 100 GW by 2022 – subject to stringent local content requirements attached to foreign direct investment.

It is the height of hypocrisy for the US and EU powers to claim that these measures are anti-competitive and challenge them under WTO rules in Geneva. India’s National Solar Mission is under such attack, and a panel of the WTO is expected to report on the matter in January.

If there is a finding against India, and the country is required to dismantle its solar promotion programmes under threat of being expelled from the WTO, then this would be the real moral outrage associated with renewables. It would mean that India and others would not be allowed by the rich countries to engage in the same kinds of infant industry promotion that the rich world engaged in when industrialising.

So it is the building of renewable energy industries and their global diffusion that is the next front in the post-Paris debates. Let us hear no more about the ‘moral case’ for fossil fuels. Let us hear instead the economic and energy security case for renewables – and hear the moral case for giving developing countries a limited time frame in which to impose local content requirements on foreign direct investment. This will help them build their own manufacturing industries to produce solar panels and wind turbines. This should be the real legacy of the Paris climate pact.

John Mathews is a professor at the Macquarie Graduate School of Management at Macquarie University. He is author of “Greening of Capitalism” and “China’s Renewable Energy Revolution”. 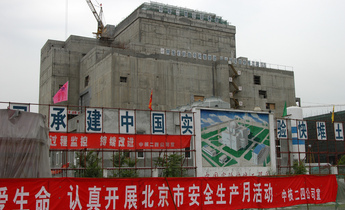 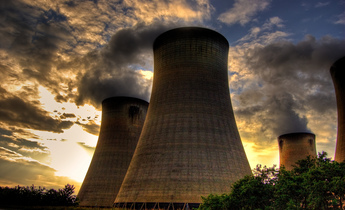 Why fossil fuels producers will have to “take back” carbon

Carbon emissions will need to go back in the ground to meet 1.5C or 2C targets in the Paris Agreement, writes Myles Allen 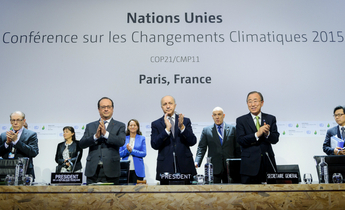 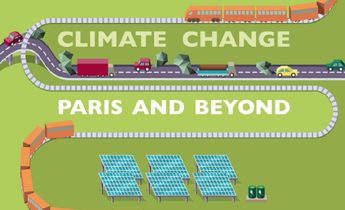 Climate change: Paris and beyond

The new edition of our journal looks at the main issues at stake at UN climate talks in Paris and how the world can shift away from fossil fuels.