It took seven years for the Kyoto Protocol to come into effect. Yu Jie asks: how long will it take to implement the Paris Agreement?

Two months after the Paris climate summit delivered an agreement that could put the world on a path to avoid runaway global warming, the task now is how to implement it.

For member countries – or United Nations Framework Convention on Climate Change (UNFCCC) Parties – the next key date in the calendar is 22 April at UN headquarters in New York.

Then, Ban Ki-moon, UN secretary general and custodian of the Paris Agreement, will invite UNFCCC parties to UN headquarters in New York to add their signatures to the document.

Many world leaders are expected to attend, and those who cannot will have an additional year to sign the Paris Agreement.

The outcome of the Paris talks will only become a legally binding international treaty when at least 55 signatories, representing at least 55% of global emissions, put pen to paper.

Experts from the World Resources Institute highlight that countries must first ratify the Agreement at home before it can be recognised as international law. With that, each country’s Intended Nationally Determined Contribution or INDC (a pledge made in the run up to the Paris COP to lower carbon and national GHG emissions) become an NDC – no longer intended, but actual.

It took seven years for the Kyoto Protocol to come into effect – will the process be as cumbersome for the Paris Agreement?

“There shouldn't be any concerns over the Paris Agreement coming into effect – the key countries and groups are all quite happy and will go through their own domestic processes quite quickly. The EU is likely to move a bit more slowly, due to the fact that it has more complex processes,” Gao Feng, the Ministry of Foreign Affairs’ special representative for Climate Change Negotiations, told chinadialogue.

He also dismissed concerns that China’s will fail to implement the actions agreed in Paris.

However, his comments came before the US Supreme Court on 9 February voted 5-4 to block the White House’s Clean Power Plan (CPP), which aims to phase out coal-fired power.

Last week's court action has the potential to dismantle a major pillar of US climate policy – and some analysts have expressed concern that other big emitters may delay action to cut carbon emissions if the US is unable to deliver on its own commitments because of legal challenges.

Others think that China and India will press on with their carbon-cutting plans in any case, partly because in both countries there is considerable self-interest in a shift away from highly-polluting coal towards renewables and greener technologies.

How China will ratify the treatment domestically has yet to be decided, but it is expected to go one of two ways; either through the State Council or through the National People’s Congress.

The State Council is a lower-level body but has simpler processes. The National People’s Congress route would take longer but be more official. The Chinese government’s decision on how it will be processed is expected to come soon.

To smooth the path of implementation, the Ad Hoc Working Group on the Paris Agreement has been established. It is based on the model of the Durban Platform for Enhanced Action -- a successful work group set up in 2011 to implement outcomes from UN climate talks in Durban that year).

The next major UN climate summit, COP22, will be held in Morocco on 7-18 November.

According to Hakia El Haite, Morocco’s environment minister and COP22 chair, the conference is going to be about "action and joint solutions".
"We will speed up talks on pre-2020 content of the Paris Agreement and innovate on mobilisation of funding and adaptation,” he said.

Before then, talks in May in the German city of Bonn will focus on ironing out the fine detail of the Paris Agreement and creating new implementation structures for the following:

“We need to maintain momentum,” said Hakima El Haite. “Thanks to everyone’s involvement we’ve just won a battle – but the war must go on.”

According to Gao Feng: “The difficulties ahead are easier and more technical than the highly politicised issues of last year. But of course, it still won’t be easy to maintain the success of the Paris Agreement and ensure that it is reflected in new rules.”

As climate change impacts worsen, the issue of “loss and damage” – the liability and compensation countries receive as a result of climate change – has become more important to nations most vulnerable to climate change.

The Paris Agreement includes a two-year project examining how developing nations can obtain “climate aid” when harmed by the effects of manmade global warming. Building a mechanism to make this work will be a key challenge.

The 20-person executive committee of the Warsaw International Mechanism for Loss and Damage will present the COP with proposals on resettlement and insurance for vulnerable groups – which is a start.

The UNFCCC Secretariat will turn its attention to the technical details of implementation. According to the UNFCCC website, its main tasks between now and 2020 include:

One of the most important mitigation targets set out in the Paris Agreement is to have zero net emissions by 2050. For Gao Feng, it’s too far in the future to predict whether it can be achieved. For now, he says the Secretariat’s agenda is focused on the short-term goals rather than those that lie in the more distant future.

Yu Jie has worked as a communications strategist with chinadialogue and as a director of climate policy for The Nature Conservancy. 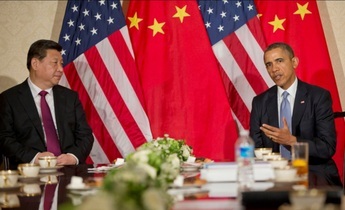 China is motivated by self-interest in shifting away from fossil fuels and is unlikely to be distracted by legal barriers to climate action in the US, writes Barbara Finamore 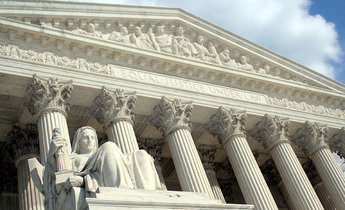 A surprise ruling by Justices could dismantle the centrepiece of US climate policy and deal a major blow to global efforts to cut greenhouse gases, say legal experts 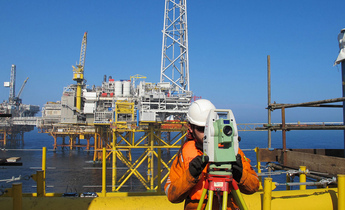 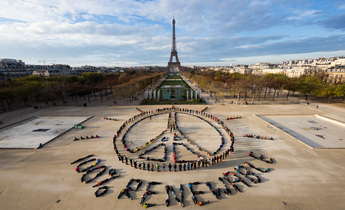 What needs to happen for the Paris Agreement to take effect?

The World Resources Institute explain how countries will implement the treaty 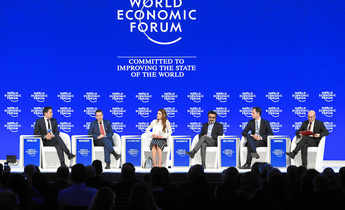 Business leaders gather in Davos to discuss how finance, technology and a changing economic order can speed up climate action 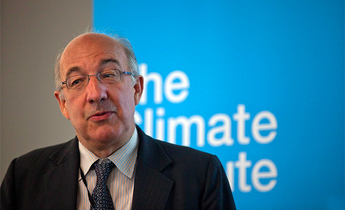 Bill Hare, CEO of Climate Analytics, and an adviser to countries most at risk of climate change, tells chinadialogue where the major areas of discord are likely to be during the two-week summit