The December 2015 UN climate summit in Paris marked a historic step forward in international efforts to combat climate change, producing a new climate agreement that includes national commitments by 189 countries to reduce greenhouse gas emissions. While these commitments will need to be fulfilled and then ratcheted up in the years to come, they demonstrate the power of what UN secretary-general Ban Ki Moon described as an “all hands on deck” approach to the climate challenge, which it is hoped will continue up to and beyond the Paris Agreement signing ceremony on April 22 in New York.

This tectonic shift in the mitigation framework, away from the Kyoto Protocol model, has been rightly celebrated as the most constructive path forward. But observers have largely missed the beginnings of a similar change in the realm of climate finance – a change that could grow to be equally significant.

Over the last several years, developing countries have been ramping up their investments in low carbon infrastructure, both domestically and in other developing countries. China has been at the centre of this growth of so-called South-South Climate Finance (SSCF), which represents a major opportunity.

Negotiations over climate finance in the UN Framework Convention on Climate Change (UNFCCC) traditionally revolved around the level of financial support developing countries will receive. While such support is crucial, and developed countries must absolutely meet the goal of mobilising US$100 billion of climate finance per year by 2020, the climate challenge requires the world to mobilise not billions but trillions of dollars.

In a world in which developing countries now constitute half of global GDP, the climate finance challenge, like the mitigation challenge, can ultimately only be met through an “all hands on deck” approach.

The Paris Agreement recognises this new reality. While it reaffirms that “developed country Parties should continue to take the lead in mobilising climate finance,” it is also explicit that they act “as part of a global effort” (art. 9 paragraph 3). Moreover, “Other parties are encouraged to provide or continue to provide such support voluntarily” (art. 9 paragraph 2). To realise the full potential of this important dimension of the Paris Agreement, therefore, countries must redouble efforts to track and expand the role of SSCF so as to more effectively align it with ‘traditional’ climate finance that flows from developed to developing countries.

Fortunately, developing countries, and China in particular, which announced US$3.1 billion in bilateral climate finance on the eve of COP21, are already beginning to show leadership on this front. This year, China can use its presidency of the G20 and its leadership role in new international financial institutions, such as the Asian Infrastructure Investment Bank (AIIB) and the New Development Bank (‘BRICS Bank’), to make a decisive step forward by mainstreaming low carbon financing into the colossal new financial institutions taking shape in Asia. Indeed, this task is perhaps the largest priority for climate diplomacy in 2016.

While there are no official or systematic global efforts to track SSCF, in a recent article in the journal Global Policy entitled “Climate Finance in and between Developing Countries: An Opportunity to Build on”, we map the current landscape drawing on the best available public reports. The Climate Policy Initiative (CPI) estimates that SSCF reached US$10 billion in 2013.

That constituted as much as 30% of the total climate finance that flowed from developed to developing countries in the same period (US$34 billion).  According to Climatescope 2015, investments in clean energy in 2014 in 55 developing countries (for which data were available) reached US$126 billion. More than half (US$79 billion) were South-South investments emanating from non-OECD countries.

The first category is relatively small, with developing country contributions to multilateral climate funds making up only a few percentage points of the total funds used for climate finance at institutions like the Global Environment Facility, the World Bank and regional development banks, or the newly created Green Climate Fund.

Bilateral arrangements figure more prominently at present, with China leading the way. In September 2014, China announced at the UN Climate Summit in New York that it would establish a South-South Climate Fund. Encouragingly, China is linking its SSCF directly to the UNFCCC process, signing an Memorandum of Understanding with the UN regarding the goals and use of the fund. China’s willingness to link its own climate finance to the UN process shows how the traditional “firewall” in the UNFCCC between developed and developing countries need not impede a constructive evolution of the climate finance agenda.

Then, during Chinese president Xi Jinping’s state visit to Washington DC in September 2015, China announced that it would be providing US$3.1 billion to help developing countries combat climate change, which is a large increase over its original pledge to deliver US$80 million over the course of three years through its South-South Climate Fund.

As impressive as this announcement is, the third category of SSCF may prove to be the most significant. As developing countries come to play a larger role in the global economy, they are not only seeking to have greater influence in existing international financial institutions but establishing their own. The BRICS Bank and the AIIB are particularly significant. The AIIB already has commitments to join from 57 countries, including 20 non-Asian countries. The authorised capital of AIIB will be US$100 billion and the initial subscribed capital is expected to be around US$50 billion.

No specific information is yet available about climate finance in either the AIIB or BRICS Bank, but the establishment agreements clearly state their commitment to sustainable development projects. AIIB has released a consultation draft of its Environmental and Social Framework, but this does not provide clarity on its overall approach to factoring climate finance – or climate implications more broadly – into its decision-making.

With vast balance sheets, these new institutions can lead to a fundamental revolution in SSCF by directing substantial funds and mainstreaming climate in infrastructure investments. But to do so, they will need to actively pursue projects that are consistent with broader climate objectives.

Green finance and the G20

On this front, there are some promising indications that China is exploring innovative financing tools designed to drive clean investment. The People’s Bank of China and the Bank of England are co-chairing the Green Finance Study Group, an international committee supported by UNEP with the aim of unlocking new sources of green finance. The Chinese government has also issued new guidelines for green bonds, and on 25 January 2016 two Chinese banks announced plans to issue an astounding US$15 billion worth of green bonds.

But not all elements of China’s financial system are moving in the same direction. A study in Nature: Climate Change (“Developing country finance in a post-2020 global climate agreement”) found that three-quarters of all power plants in Asia that are financed, operated, or built by Chinese companies burn coal. Such support puts China at odds with most advanced economies’ export credit agencies and with the World Bank and other major development banks. It also gives an excuse to countries like Germany or Japan, which continue to finance the construction of coal plants in developing countries, to continue exporting high-carbon infrastructure. This “anti-climate finance” hinders the efforts of China and the global community to move forward effectively together post-Paris.

China’s presidency of the G20 this year provides an opportunity to bring coherence to this agenda. China and its G20 partners should work to ensure that all development banks and similar funds – old and new – begin meeting at regular intervals with the express purpose of coordinating climate finance strategies, and to seek ways to collectively and progressively eliminate the climate-destroying investments in their portfolios.

Many of these conversations have already begun. Seven multilateral development banks (MDBs) have been publishing joint annual climate finance report since 2012. And just before COP21, major multilateral banks and international development financial institutions announced a set of Voluntary Principles for the Mainstreaming of Climate Action within Financial Institutions.  New international financial institutions should be engaged early to ensure timely and effective coordination on climate finance.

The ultimate goal of climate finance is to make all finance climate-safe and climate-resilient. Only by mainstreaming green growth across the economy will the world achieve this task. SSCF marks an important step in this process – it broadens the actors involved in financing and bridges the infrastructure needs with clean development.


This article was originally published on Diálogo Chino.

Sangjung Ha works with the European Bank of Reconstruction and Development.

Thomas Hale is a postdoctoral research fellow at the Blavatnik School of Government, Oxford University.

Peter Ogden is senior fellow at the Center for American Progress in Washington, DC. 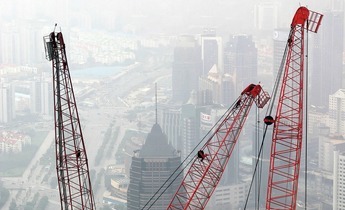 A sharp downturn in China may prompt stimulus to energy-intensive industries, hindering a shift to lower-carbon growth, write Jost Wübbeke and Björn Conrad 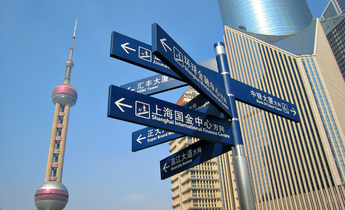 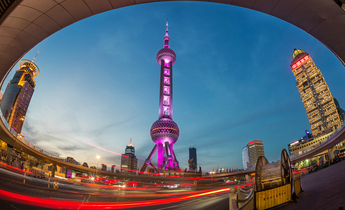 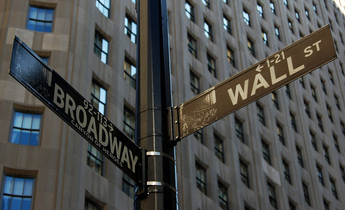 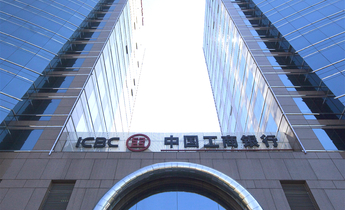 ICBC Bank, one of China’s largest state banks, reviews its lending criteria in light of the country's new environmental policies