The 231-clause, 13,000-Chinese character action plan for Soil Pollution Prevention and Control was released May 31 by the State Council, China's cabinet, after undergoing some 50 draft revisions over the previous three years.

The final version was released following input from 35 central government agencies including the National Development and Reform Commission, Ministry of Environmental Protection (MEP), Ministry of Land and Resources, and Ministry of Agriculture. It lays the groundwork for a national survey of contaminated soil sites, bans certain pesticides, and pledges to fasten the legislation work for soil pollution prevention.

Soil contamination is the latest woeful environmental consequence of rapid economic development to receive Beijing's attention. A plan for tackling air pollution was rolled out in 2013, while water pollution was addressed in 2015.

Soil pollution has been blamed for sickening school children, contaminating rice paddies and ruining villages. Some 19.4% of China's farmland – an estimated 26 million hectares – is said to be dangerously tainted, according to a 2014 report by the MEP. Some 10% of woodlands nationwide and 10.4% of all grassland were reported to have high levels of contaminants.

Some environmental experts have hailed the action plan as a milestone framework for soil pollution-control legislation. Indeed, a soil pollution prevention law has been drafted and is likely to be submitted next year to the standing committee of National People's Congress, the nation's top legislative body, said Gu Qingbao, director of the soil pollution and control department at the Chinese Research Academy of Environmental Sciences.

But the new plan lacks a budget schedule. Without explaining how, it simply declares that "remediation costs should be paid by polluters," said Zhang Yi, director of the Shanghai Environmental Sanitation Engineering Design Institute.

No one doubts the price tag will be huge. An April report by Nanjing-based Huaitai Securities said soil remediation projects on the agenda for the next five years around the country will cost up to 590 billion yuan (US$90 billion). And that's just a fraction of the estimated 7.4 trillion yuan that will be needed to fully restore all of China's polluted land, the report said.

Lan Hong, an environmental studies professor at Renmin University in Beijing, estimates China will have to spend at least 6 trillion yuan to replenish tainted farmland to the point where crops can be grown and livestock raised safely once again.

But the central government appears unprepared to foot the bill. Beijing allocated only 9 billion yuan for soil remediation projects in 2016 which, although it was a hefty 146 percent more than the previous year, fell far short of the amount experts say is needed.

The action plan's goal is to decontaminate 90% of the nation's polluted farmland and industrial sites by 2020. Furthermore, the government wants 95% of all polluted land made safe by 2030.

According to a 2006-2011 soil pollution survey whose findings were released in 2014, unacceptable contamination of one kind or another was detected in about 16% of all soil samples gathered from around the country. The same survey indicated up to 19.4% of all cultivated land had been polluted.

Reports about soil pollution threatening public health have become more frequent in recent years. In February, for example, nearly 500 students were reportedly sickened in eastern China's Jiangsu Province after they moved into a new secondary school campus that was built near a polluted lot where chemical factories once stood.

And in 2011, excessive levels of the dangerous heavy metal cadmium were detected in rice and rice products sold in many Chinese provinces. Rice from the central province of Hunan was singled out as especially dangerous.

In 2014, cadmium was found to be the most pervasive of the toxic heavy metals detected by environmental protection investigators who participated in a government review of mine-waste problems in southwest and south-central China. Other toxic metals tied to mining in the region included mercury, arsenic, copper, lead, chromium, zinc and nickel.

At the top of the action plan agenda is a call for a comprehensive check of soil contamination nationwide – something environmental experts have long urged as a step toward a clear understanding of the nationwide problem.

Lin Yusuo, who directs the soil pollution research centre at the environment ministry's Nanjing Environmental Science Research Institute, said previous survey-takers did not follow the same standards. Moreover, he said, they were undertaken by investigators working for different agencies who employed different methodologies.

Lin said government agencies, including the environment ministry, are now preparing for the action plan-directed nationwide survey, which would focus on land pollution nationwide, especially tainted farmland and its impact on public health.

The survey would be a first step toward a systemic mechanism for investigating, monitoring and supervising soil contamination in China, said Dong Zhanfeng, deputy director of the environmental policy department at the environment ministry's Academy for Environmental Planning.

The survey would lead to building a polluted land database and introducing a mechanism for controlling land developers, said Wang Xiahui, director of the academy's Soil Environment Protection Centre. Moreover, he said, the plan sets the stage for protecting untainted land and setting pollution control standards for different types of land, based on each plot's usage.

The United States spends about US$15 billion a year on soil remediation through its nearly 36-year-old Superfund cleanup project overseen by the US Environmental Protection Agency.

"The follow-up demand for capital is huge," said Ma.

But who will pay China's bill?

Yi noted that the "polluter pay" rule makes sense for China but may be impractical, since it's often hard to track down a guilty party and even more difficult to squeeze a polluter for cleanup funds.

According to Dong, local governments have traditionally accepted cleanup costs rather than force polluting companies to accept responsibility. Governments justify this spending as a way to maintain social stability and support local employers.

Dong said local government should indeed play a leading role in financing soil remediation, at least in a project's early stages. But other, sustainable funding sources should also be tapped.

Zhang said China should mimic other countries by demanding that developers who benefit from land use pay for remediation. But this financing option would only work in urban areas, according to a soil cleanup company source who asked not to be identified. In rural areas, government funding would continue to provide most of the financial support.

While the action plan directs governments to take the lead in soil remediation projects, Zhang said, it also encourages cleanup companies to participate by working alongside government agencies. Nevertheless, the plan's wording does not clearly explain how government funds would be injected into a project, nor does it spell out parameters for commercial participation.

It's hoped that pilot projects based on the action plan will point the way to practical implementation, said Chen Tongbin, an environmental expert at the Chinese Academy of Sciences.

The first pilot projects will be launched this year in the city of Taizhou, eastern Zhejiang Province, and the city of Huangshi, in central Hubei Province. Sites in these cities will be used to test soil pollution controls, preventative measures and remediation.

Ma said further details including funding arrangements are expected to be spelled out within the context of the legislation that will be introduced to the National People's Congress. The law is expected to be enforced in late 2017.


This original version of this article was published here on Caixin.

Zhang Yan is a reporter at Caixin.

Zhou Chen is a journalist at The Paper. 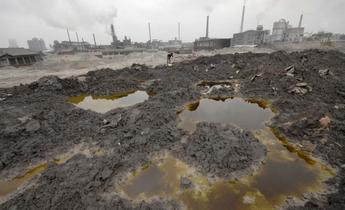 Lack of data, openness could obstruct soil clean up 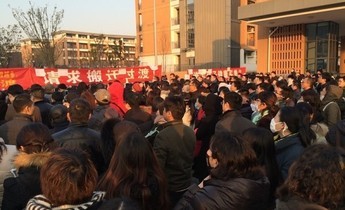 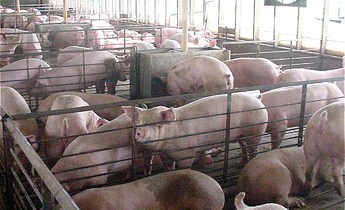 The secret under a Chinese pig farm

China faces long battle to clean up its polluted soil

Low-quality technology, lack of funding and unclear evaluation standards mean that cleaning up China's toxic soils will be an ongoing struggle

Where is soil pollution at its worse, what pollutants are being found and what are the health impacts? Find out the answers in this graphic

China "lacks experience" to clean up its polluted soil

China’s polluted land is in urgent need of cleaning up, but at present there is a lack of both experience and legislation, says Gao Shengda

What to do about China's polluted farmland?