Part of China’s capital is sinking due to decades of groundwater extraction, says Long Di

In China’s arid north, the natural water supply fails to meet the needs of many cities. In Beijing, the country’s capital, water is pumped up from millennia-old aquifers that lie deep underground. But over-extraction of water in this region has shrunk a dwindling resource and subsidence is now an urgent problem, especially for the residents of Beijing whose water needs are growing fastest.

Subsidence is caused by the degradation of permeable rock hundreds of feet underground. When water is pumped up from this rock to the surface, it leaves behind pockets of air that eventually collapse causing the land and the cities built above it to “sink”.

In June, a Chinese-led study revealed that Beijing is dropping by 11 centimetres per year. The research, published in the peer-reviewed journal Remote Sensing, was based on a type of radar that records land elevation changes called InSAR.

But in Beijing people care little for the loss of water beneath them, focusing more on the air pollution above ground. Long Di, a professor at Tsinghua University’s Institute of Hydrology and Water Resources in Beijing told chinadialogue that it is time to pay attention.

chinadialogue (CD): Why is Beijing sinking?

Long Di (LD): There are two contexts to consider. One is the global process of urbanisation; the other is loss of groundwater on China’s northern plains. Urban subsidence is a type of geological disaster, and it’s a problem for all cities worldwide because of the excessive extraction of groundwater. Tokyo has already sunk by two metres. Central Valley in California, Venice, Bangkok, Ho Chi Minh, Jakarta – all these cities are suffering or have suffered from subsidence. But the northern plains of China are one of the worst affected areas worldwide due to the degree of extraction.

Fig 1. Changes in groundwater levels on the northern plain 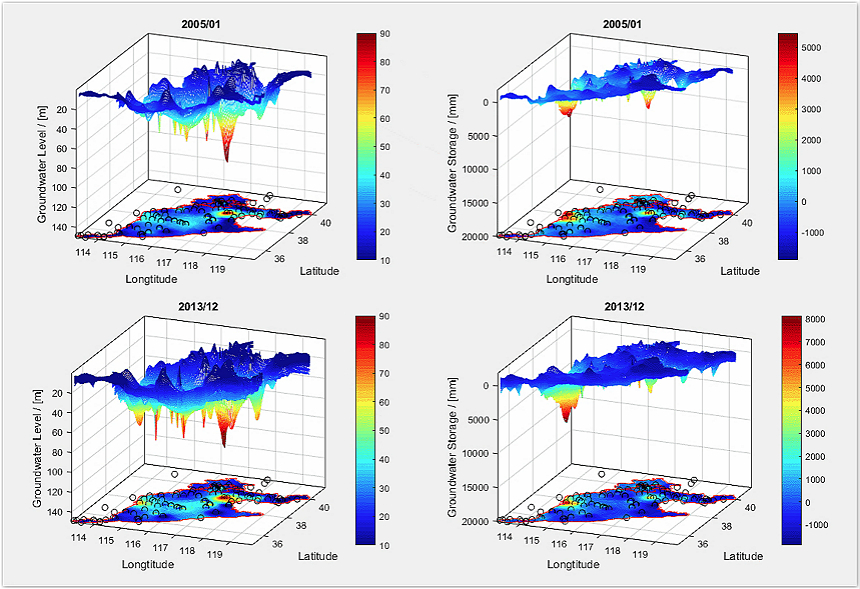 Our joint research team, with associate professor Pan Yun of Capital Normal University, analysed data from 131 monitoring wells on China’s northern plains from 2005 to 2013. It found that the incidence and the depth of subsidence were increasing, most notably in the Shijiazhuang-Tianjin-Beijing region (Fig 1).

CD: What effect is subsidence having on the lives of ordinary people in Beijing? Should they be worried?

LD: Subsidence is a slow but progressive disaster, and it is irreversible. It can cause cracks in walls, roads, bridges, and underground municipal infrastructure, such as subway tunnels. In cases of serious damage the only option may be to demolish and rebuild, which is particularly bad for areas under historical or cultural protection. It can also affect the course of rivers, leading to flooding.

Monitoring by the geological authorities has found the worst subsidence in Tianjin, north of Beijing, where land has dropped by 3.6 metres in total.

Subsidence also severs links between groundwater and surface water features such as rivers and lakes, which are more likely to dry up as groundwater stops feeding in. Coastal areas may have to deal with an ingress of saltwater. This can be disastrous for ecosystems.

CD: What is that state of Beijing’s groundwater?

Both manmade and natural events have played a role. Beijing saw more precipitation between 2011 and 2013, which aided a rapid recovery of shallow groundwater resources. Meanwhile, construction of the South-North Water Transfer Project [China’s largest ever water diversion project, which redirects water from China’s southern rivers to northern areas], has reduced demands on groundwater in the northeast.

CD: How much of Beijing’s groundwater shortage is due to the “historical debt” accrued from years of over-extraction of groundwater?

LD: Beijing has per capita water resources of less than 100 cubic metres, one twentieth of the national average and one eightieth of the global, and far off an internationally recognised danger level of 1,700 cubic metres. According to the municipal Water Authority, Beijing used an average of 3.5 billion cubic metres of water a year between 2006 and 2011 – with under 2.5 billion cubic metres of that usually coming from renewable water sources. Before the North-South Water Transfer Project the gap had to be made up by groundwater extraction, hence the long-term drain on those reserves.

CD: The water authority’s figures show that in 2015 groundwater levels in the city increased for the first time in 16 years. What was the role of the water transfer project in that?

LD: The data show that as of May 9, the first stage of the North-South Water Transfer Project’s central route (Fig 2) had provided more than 1.2 billion cubic metres of water to the capital. 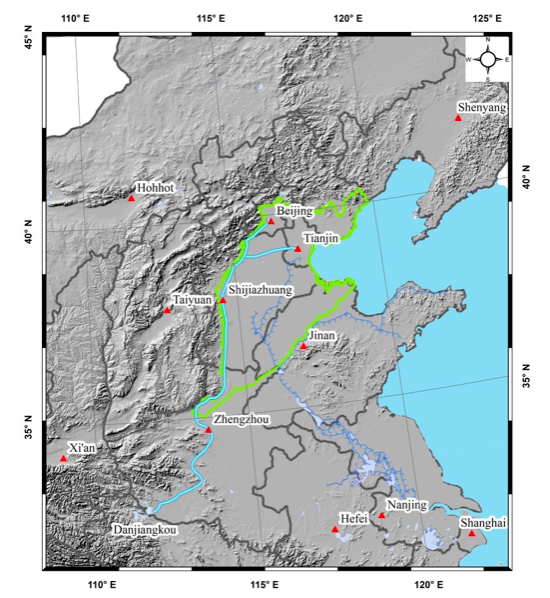 Since water started flowing into Beijing along this route in December 2014, drecreases in groundwater levels have slowed significantly. With precipitation in 2014 being 60 centimetres less than the multiyear average and no increase in precipitation in 2015, data from the GRACE satellite monitoring shows that the city’s total water reserves remained stable, and even saw some recovery in early 2016.

CD: The water transfer project has been controversial for its high cost, environmental impact and massive displacement of local population. What’s your view?

LD: The population is increasing and becoming more concentrated, urbanisation is still underway, this has created a water gap, and so what do we do? In the past we extracted groundwater. But if we want to slow manmade subsidence we have to slow or even stop groundwater extraction. It’s not like air pollution – deep groundwater aquifers take thousands or tens of thousands of years to form. It’s like oil – every drop you use is a drop lost, it’s not renewable.

In the short-term, further rollout of the project [which by 2030 is set to bring 1.8-2 billion cubic metres of water to Beijing every year] and changes to our industrial structure give hope that loss of groundwater and related issues such as subsidence and salt-water incursion will be resolved to varying degrees.

CD: Apart from water transfer projects, what else can be done to reduce groundwater use in Beijing?

Making withdrawals from aquifers only during dry periods of water stored in normal times would be a sustainable way of managing groundwater. Improving the industrial structure, cutting back in water-intensive sectors, raising awareness of water conservation among residents – these are all key to reducing overuse of groundwater and achieving sustainable use.

The shrinking depths below

Fixing the water crisis in China's arid north begins with a proper understanding of the threats to underground supplies, says Matt Currell. 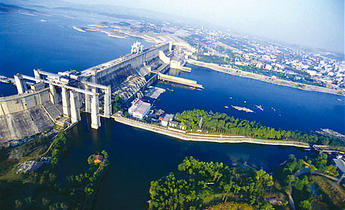 The project would be unnecessary if Beijing alone could save more water, says Chinese official in rare public criticism

The Huai River, one of China's largest, is likely to encounter algal blooms, posing a major ecological threat and potentially harming the quality of water transported along the controversial south-north water transfer project

For over a decade China’s scientists have called for action on groundwater pollution, but there has been little effective response

Undaunted by water shortages, Beijing is bidding to host the 2022 Winter Olympics on manmade snow

Beijing’s water supplies have dropped below a critical threshold, according to statistics released by city water officials