London-based barrister Stephen Hockman is chairman of the International Court for the Environment (ICE) Coalition, which wants to see the creation of a new, specialist international tribunal to rule on cases involving climate change and environmental degradation. He sees it as strengthening environmental justice in a way similar to the way the International Criminal Court is starting to impact global norms on human rights. He tells chinadialogue it would plug a gap in provision, and be especially valuable for campaigners in countries where the domestic legal system is weak or poorly resourced.
​
chinadialogue
(CD): Why do we need an International Court for the Environment?

The problem some of us have perceived is that international environmental law and the court system have not developed far enough to meet the need.

So when we started thinking about this in 2009, we saw a crying need for a different sort of institution – one which would be able to adjudicate not only between states but also between states and non-state actors such as NGOs and corporations; which could apply international environmental law, or even domestic environmental law when that appeared to be the proper law; which could receive and, if necessary, examine in great detail evidence about the environmental problem that had arisen and allow the members of the court or tribunal to give a judgement, on the evidence, on compliance or non-compliance.

Above all, we saw the need for such a tribunal to develop the principles underlying the law more proactively.

For example, in the case of industrial activity, inevitably a balance has to be struck between benefits and potential disadvantages. Courts have developed techniques which enable that balance to be struck in a domestic context -- for instance in cases about nuisance by noise, odour or dust. But at the international level, there is as yet very little jurisprudence in which that balance is struck.

CD: Could you provide an example of where such a court could have served people well?

Two of the most egregious cases are the Niger Delta and Ecuador, where damage has been brought about by industrial and mining activity, and where the domestic or municipal courts system has struggled to give an appropriate answer even ex post-facto [ie after the event], let alone to provide an answer to on going problems. These are cases in which it seems to us that the world should really be crying out for a [legal] body [to resort to].

Another, hypothetical, example might be a massive oil spill upon a country such as Bangladesh, which doesn’t have a particularly well-developed internal system. You can contrast that hypothetical case with the oil spill on the Gulf of Mexico, where it looks as if the matter has been very fully dealt with by the US courts.

CD: Could it could

play a similar role to the US Environmental Protection Agency (EPA) – but at a global level?

SH: One of the features of an agency like the EPA is that it is able to function as part of a process – if there is some form of industrial or commercial activity that has environmental implications, the agency doesn’t have to wait until harm occurs. It can get involved, can investigate, and monitor the process.

We are certainly looking at the possibility that an international environmental court could, in the absence of any currently effective international environmental agency, be asked to have a monitoring role in certain projects. Had there been some form of independent monitoring body to which people could have resorted in the cases of the Niger Delta and Ecuador, then that would certainly have been a very valuable resource.

Equally, you could set up the court and alongside it have a separate international environmental agency.

CD: Could the court have a legitimacy problem?

SH: I think the legitimacy issue is very big, and the way we have sought to address that is by what you might call a staged approach.

What we envisage is setting up, initially, a tribunal of some sort, which would not need to be done through the UN, or even with the consent of any particular national government. It would operate to a large extent virtually, and would receive, hear and adjudicate on disputes brought to it which it felt it could appropriately adjudicate upon.

And if our basic concept is right - if such a body through its method of adjudication and the clarity and cogency of its judgements were increasingly thought to have an important role to play - then gradually it would prove itself. International organisations and major jurisdictions would start to see it as being of real value.

Or alternatively, the very process of seeking to set it up will persuade existing institutions to take over the job, and make the whole task unnecessary. That would be a welcome outcome.

All we want is for there to be suitable institutions to fill the gap.

CD: Is the idea gaining momentum – for instance, since the 2015 Paris agreement on climate change?

SH: Whereas at the outset the reaction was largely negative, we have seen an increasing acceptance that this is something that is bound to happen eventually. The scepticism is as to how quickly it can happen and the practicality of taking it forward.

There’s no direct link with the Paris Agreement, but I think increasing consciousness of environmental problems, and international support for methods of dealing with them, can only be advantageous to the idea. Getting this going requires resources, and a somewhat greater acceptance.

Stephen Hockman is a Queen’s Counsel (QC), and has been Chairman of the Bar, (as the professional body for UK litigators is called), and of the Environmental Law Foundation. 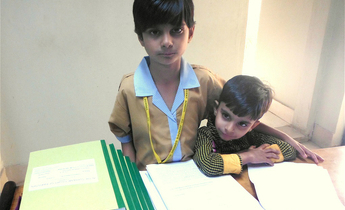 Lahore’s high court has made history by ordering the Pakistan government to enforce its own climate policy, with potentially far-reaching consequences 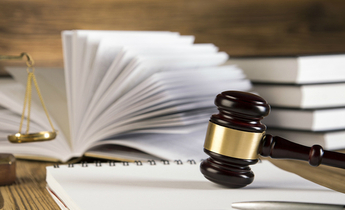 Governments failing to meet agreed emissions targets may be dragged through the courts by their own citizens and other countries, writes climate law expert Ceri Warnock

China is scaling up its environmental courts, but there may not be enough experienced judges to hear complex pollution cases