President-elect Trump’s decision to appoint Scott Pruitt as administrator of the US Environmental Protection Agency (EPA) has raised concerns about a weakening of US climate action. We asked experts what the US and global implications could be.

By appointing Scott Pruitt, Donald Trump has convincingly demonstrated that while he ran as an outsider, promising to drain the swamp in Washington, he will govern as a kept creature of fossil fuel interests and polluters. Under Pruitt, the EPA will be blocked from carrying out its duties and enforcement will wither.

Yet on carbon dioxide emissions US progress will continue because previous regulatory action and market prices are driving utilities towards renewables at an accelerating rate. Emission standards for vehicles are largely baked in by previous investments and decisions, and by the fact that California and the states allied with it will not permit a roll-back of emission rules. So the US will largely comply with its Paris obligations.

What will not happen at the federal level is the needed preparation for the next round of emission cuts to be pledged in 2020. Washington will not bring a new set of Nationally Determined Contributions to the 2018 review – that will be up to US cities, states and businesses to tee-up, so that in the next review round it will be clear that US emissions will drop even if the Trump Administration proclaims it wants them to increase. Donald Trump cannot stop the tide – and he cannot make US businesses, cities and states emit climate pollution that they have decided, for economic and health reasons, to curb. He may emit hot air, but not enough CO2 to matter.

Trump’s appointment of Scott Pruitt will only strengthen the widespread determination that exists to combat climate change in the US and around the globe. As my NRDC colleague Han Chen wrote from Marrakech:  “That is part of the legacy of the Paris Agreement – creating a momentum for action among countries, cities, states, businesses, and communities that UN Secretary General Ban Ki Moon called ‘unstoppable.’”

China is already emerging as the

de facto world leader on climate change. It recognises that transitioning from fossil fuels to renewable energy will ensure its long-term economic development by creating jobs in new industries such as renewables, EVs and efficiency; combat its relentless pollution; and protect China from the devastating impacts of climate change on food security, human health, cities and infrastructure.

Poll after poll has shown that strong majorities of the American people also want our leaders to take decisive action to restrict carbon pollution and move us to a prosperous, clean-energy economy. Ignoring the will of the American people and the global threat to our planet will only turn the US into an international climate pariah, with serious consequences across the board.

The US-China climate relationship involves both joint activity and the parallel implementation of domestic commitments. The EPA’s major task is domestic implementation and here the appointment of Scott Pruitt as EPA Administrator raises concern. Pruitt is a prominent opponent of President Obama’s Clean Power Plan, the cornerstone of the US contribution to the 2015 US-China Joint Statement on Climate Change and the 2015 Paris Climate Agreement.

Negotiations themselves are more the purview of the State Department, led by the Secretary of State, but on a day-to-day basis by the Climate Negotiator within the State Department. Thus, we will need to wait and see who is selected for these two critical positions, but without an EPA commitment to domestic implementation, it is hard to see what kind of a positive contribution the US can make.

Moreover, the EPA has been vital to the broader project of improving Chinese environmental performance. The EPA has provided low cost, but extremely high value,

technical assistance to China on everything from air pollution monitoring to regulating toxic chemicals. If EPA is weakened it will become less of a resource not just for China but for other developing countries like India that are starting to face the challenge of regulating their polluted environments.

What many of those selected thus far for the new administration probably are unaware of is that the EPA and the US’s other technical and regulatory agencies have long been admired by the Chinese. They have often offered the preferred model for regulation as developing countries face emerging health and safety problems. This is just one example of the type of soft power that the United States risks losing if it scales back its regulatory outreach.

While the appointment of Scott Pruitt as head of EPA is not a surprise, it is a setback. It’s really weird to have an agency that should be guided by science being led by a science denier. However, there are limits to what Pruitt and Trump’s cabinet can do – or undo – on the climate agenda given that it’s not an exclusive responsibility of the President. If governors, mayors and businesses decide to move ahead, this will set clear boundaries for the impacts of changes in US government policies.

China and other major economies will increase their investments in clean energy, occupying any gap left behind by the US. In the case of Brazil, other countries such as Germany, China and Norway have close collaboration with the country on the climate agenda.

Climate change doesn’t care who the US president is or who runs the EPA. Trump can stop the US government acting on climate change. But he won’t be able to stop California’s next forest fire season or hurricane hitting the eastern coast.

The nomination of Scott Pruitt unfortunately shows that Trump’s actions as President-elect are completely aligned with his campaign rhetoric. Pruitt is not just a climate change sceptic, but an active denier of both established environmental science and the federal right to protect the public through regulation.

However, picking such an extreme candidate means that President Trump will face stormy Senate confirmation hearings and a strong backlash from environmental groups in the courts. Similar – if less extreme – attempts by Newt Gingrich and George W Bush to roll back EPA powers ended in humiliating climb downs.

It will be extremely hard to unpick the many EPA rules that have already been upheld by the courts without providing new evidence of why they are unnecessary. Failure to enforce existing rules will open up the EPA to legal challenges.

Scott Pruitt led the law suits from the states that objected to EPA rules limiting greenhouse gas emissions from the power sector. By attacking these regulations he will find himself on the end of similar challenges from the many US States who see clean energy as a source of good jobs and new export opportunities. Rapidly growing green sectors will be hit by significant uncertainty if the Clean Power Plan is watered down or revoked. 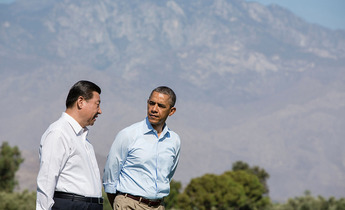 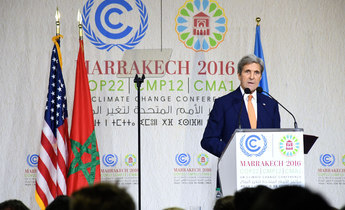 The costs of climate inaction are too great to ignore but private capital must mobilise quickly to invest in low carbon, says outgoing US Secretary of State 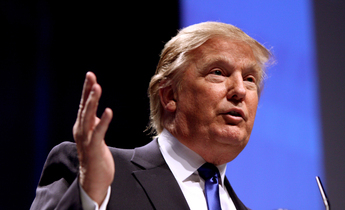 If Donald Trump continues to deny climate change once he takes office, the US will jeopardise the fragile international effort to green the global economy 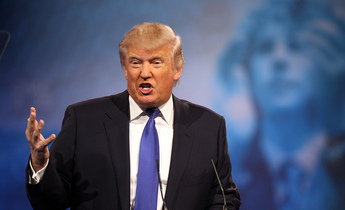 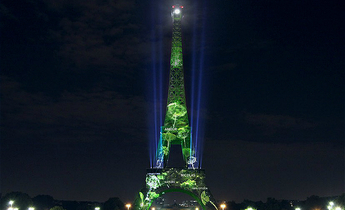 Study ties US to spike in global methane emissions

A dash for gas in the US is likely to be behind the latest spike in global emissions of methane, a potent greenhouse gas. Climate Central's Bobby Magill reports