Latin Americans can’t afford to wait four years to see when the United States will be willing to have an honest and reciprocal conversation about economic prosperity in the Western Hemisphere. Luckily for the US’s southern neighbours, over the past decade Latin America has found a new major trading partner: China. With economic ties with the US more uncertain than ever, Latin America would do well to solidify those ties with China, but with caution.

In 2016, Latin American economies contracted for the second year in a row and are projected to grow by just over 1% in 2017 – barring any big surprises. What is more, the international private sector is retreating from the region at an alarming rate, with net capital flows to Latin America negative for the first time since 1998.

Traditionally, in turbulent times the region looked to the US for trade and finance to help it through – whether from financing from Washington-backed institutions like the World Bank and the Inter-American Development Bank, or through trade and investment negotiations.

Today, though, neither seems certain after the election of Donald Trump. It is still too early to see what the president’s policies toward development banks will be, but even before his election lending to the region has been dropping from the traditional US-backed institutions.

And of course we also know that President Trump wasted no time in withdrawing from the Trans-Pacific Partnership (TPP) and announcing plans to re-negotiate the North American Free Trade Agreement (NAFTA).

Many Latin Americans would welcome a chance to renegotiate the TPP and NAFTA if such an effort would be on equal terms and in good faith. Chilean negotiators to the TPP felt like they did not get a great deal with the TPP. In particular, provisions that would force the country to deregulate its financial markets and its intellectual property laws would have given large US firms an open field to do business in the country with little competition or government interference.

As for NAFTA, the 1994 trade deal helped increase Mexican exports to the US sevenfold, and foreign direct investment jumped to four times pre-NAFTA levels. Yet with all that trade and investment, on average Mexico’s GDP growth has hovered stubbornly at 1% in per capita terms post-NAFTA, and the country lost at least two million agriculture jobs, as cheap imports of corn and other commodities flooded into Mexico due to NAFTA.

But of course, countries of the region are understandably wary of negotiating anything with a government that has denigrated them and called their citizens “bad hombres” and worse.

Enter China, which just days after the election released a new white paper calling Latin America and the Caribbean a “land of vitality and hope.” The plan promises to implement earlier pledges of trade and investment, but without the US-strings attached in terms of deregulation and name-calling.

China has pledged to increase trade with the region by US$500 billion and foreign investment to US$250 billion by 2025. And, to show they mean it, China’s two development banks, the China Development Bank and the Export-Import Bank of China, now provide more development finance to Latin America than the World Bank, Inter-American Development Bank, and the Andean Development Corporation (CAF) combined! – each year.

And last week, as President Trump was bullying Mexico in an attempt to pay for a wall between the two countries, China became a key deal maker with Mexico. On February 2, Mexico announced that JAC motors (a Chinese automaker) will set up a US$212 million dollar plant in Hidalgo that could create 5,500 jobs in Mexico.

Unlike the late twentieth century, today Latin Americans have another option in China. That said, Latin America will need to rise to the occasion. While Chinese trade and investment into the region helped spur economic growth from 2003 to 2013, it also accentuated the de-industrialisation of many of the region’s economies through the importation of cheaper Chinese manufacturing goods. What is more, China’s appetite for Latin American oil and minerals increased environmental degradation and social conflict across the region.

Latin America has a number of strong regional institutions in the CAF – Latin American Development Bank and the Economic Commission for Latin America and the Caribbean that could work with the weaker Community of Latin American and Caribbean States (CELAC) to ensure that China’s plan for engagement for the region brings long-run growth in an environmentally sustainable manner that is also socially inclusive.

Unfortunately, unless there is a course correction in US policy, it looks like – for a little while at least – it will be up to Latin American governments themselves to carve out a more constructive relationship with a Chinese government that appears more than willing to fill the vacuum potentially left by the United States.


This article was originally published by Latin America Goes Global. 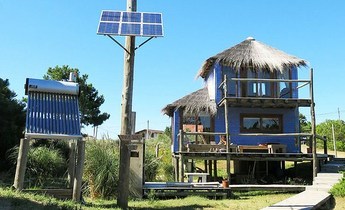 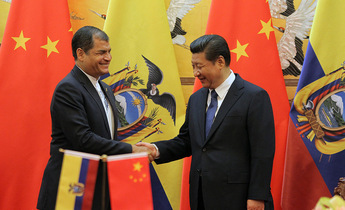 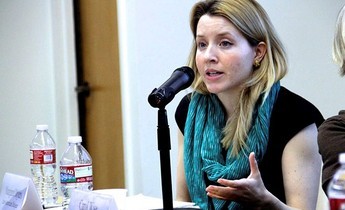 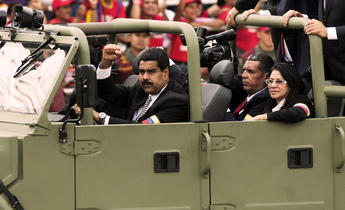