When governments around the world were asked in 2015 what they would like to do to combat climate change, why did over 140 countries include the issue of soil?

Drought is the answer, says Monique Barbut, executive secretary of the

“You can all see the social and political consequences of migration from Africa to Europe. But do you realise that 100% of the migrants are coming from drylands?” Barbut asked, while talking at the recent UN climate summit in Bonn, Germany.

“The only asset of most people is land, and that asset is becoming less and less productive all the time due to climate change. Every year, more people die of drought than of all other calamities put together. This year, 25 million people in the Horn of Africa have been left without means to feed themselves,” she elaborated.

Solutions are available – land can be restored at less than US$300 (1,986 yuan) per acre. And this, according to Barbut, is a must to feed the growing global population. Four million hectares (60 million mu) of new land have to be in production every year.

Where will this new land come from? The only solution is to restore degraded land, of which two billion hectares are available. Restoring just 300 million hectares would ensure global food security until 2050, according to Barbut. It would also close the carbon dioxide emission gap by a third.

A lot of noise is made about other ways to combat climate change, but “this does not get any publicity because most of the cost is labour cost, and there are no large companies involved,” said the UNCCD head, adding:

“But restoring land does improve soil carbon sequestration, so this is starting to generate some interest.”

This takes the form of the

Land Degradation Neutrality (LDN) Fund – which hopes to gather US$300 million (1.9 billion yuan) by the start of 2018. Barbut said the plan is to use the grant money in the same way as the renewable energy fund, by using it to guarantee bankable projects.

Twelve million hectares of land are destroyed each year due to unsustainable farming practices and climate change. “We want to restore an equal amount each year to reach neutrality by 2030,” Barbut said.

She has found that it is not enough for the UNCCD to have projects to plant trees that will keep deserts at bay. The organisation has to get into related issues.

Water conflicts between herders and farmers are increasing everywhere. What the organisation is trying to do around the world is nothing less than to restore the sustainability of agriculture, especially in marginal and rain-fed farms, so that the foundation on which human civilisation has rested for over 10,000 years may be maintained. 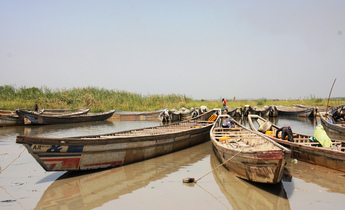 Major dam and irrigation projects are drying up the wetlands that sustain life in the arid Sahel region of Africa, reports Fred Pearce 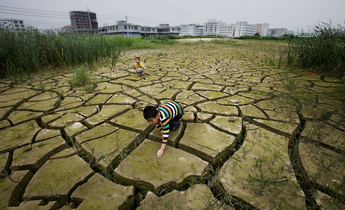 With typhoons, rainfall and drought all expected to increase, provinces must do more to adapt, writes Rebecca Nadin​ 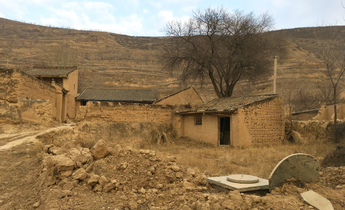 Life without water in Xihaigu