A week after international climate talks in Bangkok failed to deliver substantive progress on guidelines for implementing the Paris Agreement, China’s top climate envoy has reaffirmed the commitment of countries to finalise rules by the deadline in December 2018.

Xie Zhenhua, China’s special representative of climate change affairs, told reporters at the Global Climate Action Summit in San Francisco last week that member countries have reached a consensus “not to backtrack or renegotiate” on environmental targets agreed in Paris in 2015.

“Most of the countries – except for a few – have demonstrated flexibility and strong political will,” said Xie. “We have agreed that we can only move forward from the Paris Agreement, and will not backtrack on what has already been agreed,” he added.

The comments followed a United Nations climate meeting in Thailand from 4-9 September where developing and developed countries clashed over the level of ambition required by each country when setting national targets to cut greenhouse emissions.

China sided with other developing nations in calling for the negotiation text to allow voluntary rather than mandatory commitments for some countries. This was rejected by the “Umbrella Group” of countries led by the US, including Canada and Australia.

Avoiding names, Xie also said the stance of certain countries had been “disappointing” during the negotiations in Bangkok because they had disregarded “the irreversible trend” of global decarbonisation.

Xie was likely making a veiled criticism of the Trump administration, which plans to formally withdraw the United States from the Paris Agreement in 2020, and has been looking for ways to subsidise a declining domestic coal sector and rollback vehicle emission standards.

Despite the impasse, Xie affirmed that cooperation would ultimately triumph. Countries have already narrowed down their differences, and simplified the process by reducing the size of the negotiation text down to approximately 250 pages.

Todd Stern, a senior fellow with the Brookings Institution and a former special climate envoy under president Barack Obama until 2016, said the lack of political engagement by the Trump administration in global climate negotiations is “making things very difficult”.

Stern said the goodwill that helped the world’s two largest carbon polluters navigate their differences during the Obama administration is missing.

“When I say we had very good cooperation that didn’t mean we didn’t fight and argue and have very different views…we knew we were committed to trying to work together in a way that wasn’t going to cross red lines,” said Stern.

“Eventually – although it could take a long time – we will find a way,” he added.

Zou Ji, president of Energy Foundation’s China Programme, agreed that the Trump administration’s uncooperative approach to climate negotiations has made the country “a burden” to international talks.

“It is not cooperating, yet it is still making a lot of requests,” he said.

Stern said if he had been at the negotiation table in Bangkok, he too would have opposed the motion for different rules between developing and developed countries.

“This precisely runs across red lines,” he said, “it would be renegotiating what has been agreed in Paris”.

He said there was still enough time to overcome this sticking point, among others, before the deadline for formulating guidelines in December 2018 at the 24th Conference of the Parties in Katowice, Poland.

Xie said it is normal for countries to set “high demands” at this stage in negotiations, adding that the talks are not a zero-sum game, and that every country will have to make compromises eventually.

“The aim is to safeguard the shared future of humanity,” he said, “and then to safeguard [the] interests and red lines of each of [the member] countries”. 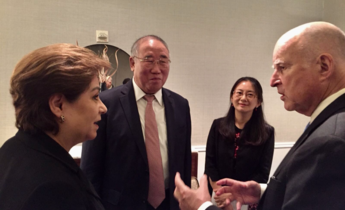 Trump sidelined as California and China partner on climate change 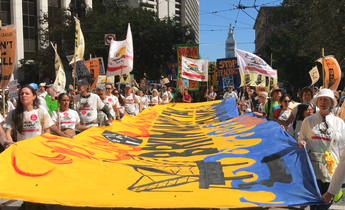 The state has questions to answer over Amazonian oil, reports Fermín Koop 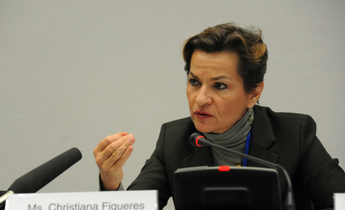 Trump’s decision to pull the US out of the Paris Agreement has cleared the way for China to lead, says Christiana Figueres 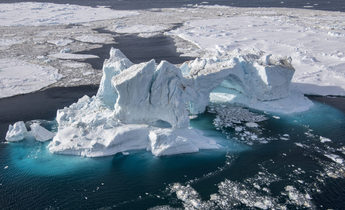