Meat invariably means pig in China, with pork accounting for 65% of the meat consumed in the country.

And after last year's high-profile takeover of the US pig giant Smithfield by Shuanghui International, since renamed the WH Group, the largest pig producer in the world is now in China.

Although the overall resource footprint of pork is, on average, lower than beef, it is still considerably higher than vegetarian alternatives.

What is more, the long list of negative environmental impacts is reaching crisis point. For example, pig production accounts for 42% of nitrogen and 90% of phosphorus flows into the South China Sea.

More generally, livestock is now the main source of both soil and water pollution, according to data released by China's Ministry of Environmental Protection in January. 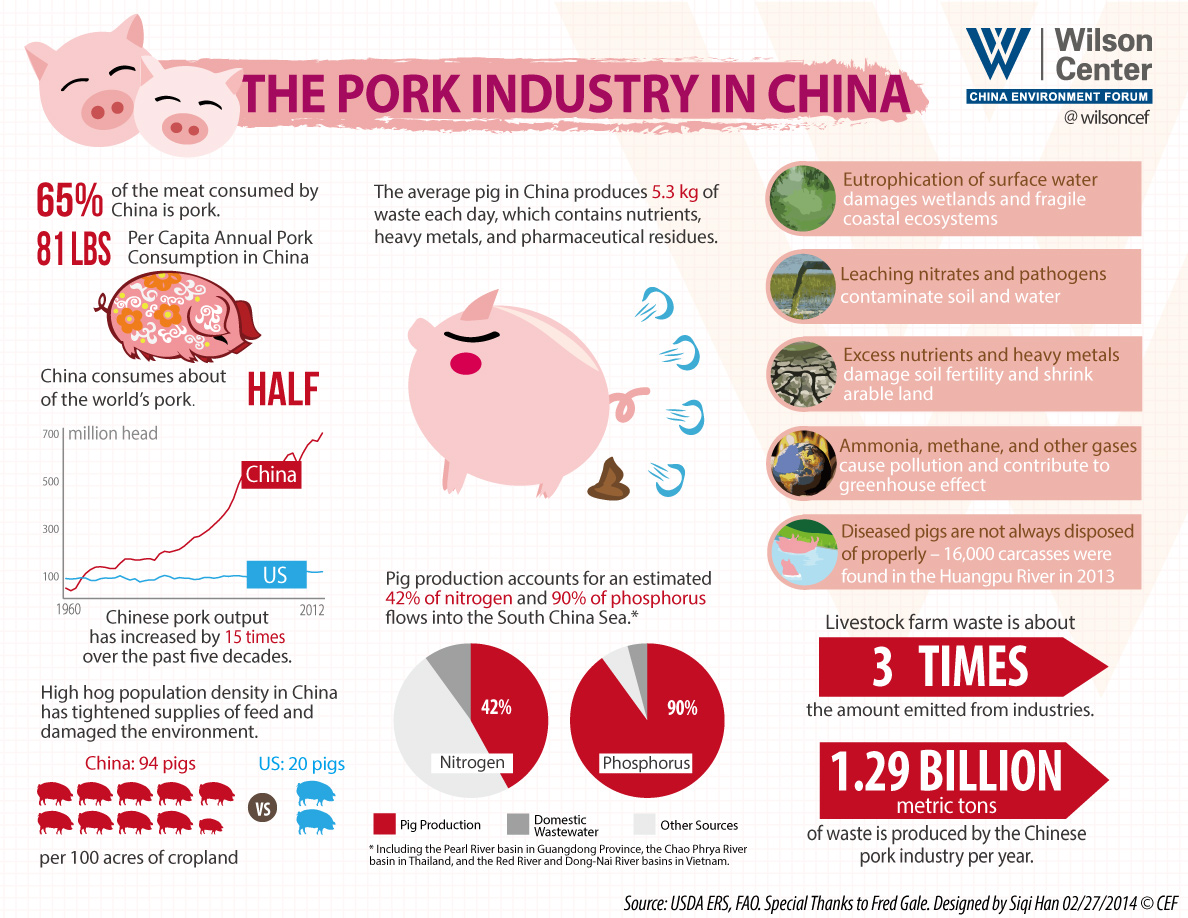 (click on the image to see an enlarged version)


The pig industry – along with the agri-food sector as a whole  – is big business in China today. Companies such as the WH Group and New Hope, China's largest producer of animal feed, are major employers and given generous state support.

However, as the graphic produced by the US-based Wilson Center's China Environment Forum reveals, the costs of rising meat and intensive pig production can no longer be ignored.

High-profile environmentalists such as Ma Jun, director of the Institute of Environmental and Public Affairs, say China should turn its back on its booming meat sector and encourage more sustainable levels of pork consumption.

It is not very helpful to compare China's pork industry to the USA, given the different population densities.

Why do you not compare with Denmark, which has a population of about 5 million people and produces 25 million pigs every year?

Tom Levitt is a journalist and editor, based in London. Before joining chinadialogue he was deputy editor at the Ecologist magazine. He also set up and ran MSN environment. His work has featured in CNN, the guardian and Independent. He specialises in food, farming and environmental issues.