Populations of mammals, birds, reptiles, amphibians and fish have declined by an average of 52% since the 1970s, according to a report published by WWF, with the most dramatic loses occurring in South America and the Asia-Pacific regions.

The report blames habitat loss and degradation for the declines, driven by “unsustainable levels” of human consumption that is “not inevitable, but a consequence of the way we choose to live”.

Just a week after the UN climate talks in New York, the Living Planet Report also points to the growing impact of climate change on species loss. 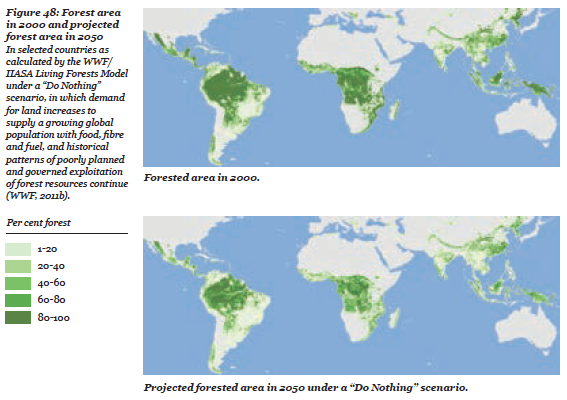 Climate change has already been linked to the population decline and possible extinction of a number of amphibian species in the Neotropics. And in the Arctic, the effects of a rapidly warming climate have been suggested as likely causes of decline in the numbers of polar bear and caribou.

Although currently estimated to account for around 7% of the species loss, experts working on the report expect that to rise significantly.

WWF chief executive David Nussbaum said he hoped the scale of loss outlined by the report would act as a wake-up call for the ongoing UN climate negotiations as well as talks around a new set of sustainable development goals, due next year.

The revered Ganga river dolphin will follow its Chinese cousin into oblivion unless radical action is taken against pollution and dangerous fishing techniques.