Proposed reserves in the Antarctic have prompted accusations of a big-power carve up, but the critics have got it wrong, writes Chen Jiliang

China’s support for a protected reserve in the Antarctic was hailed as progress at a major meeting late last month, but getting unanimous support remains tricky.

Talks held by The Commission for the Conservation of Antarctic Marine Living Resources (CCAMLR) ended on Oct 30 without getting the required consensus on the marine protected areas (MPAs) designed to conserve fish in the southern polar region, which is one of the world’s most vulnerable and bio-diverse areas.

According to a report by AFP, officials said China had at the last minute indicated it would support one of these reserves in the Ross Sea, which is known as the "Last Ocean" because it is considered the only intact marine ecosystem left on the planet.

The Ross Sea reserve would have covered an area of 1.5 million square kilometres, including a no fishing zone of around 1.1 million square kilometres. But the plan was ultimately blocked by Russia, which argued that the area should be open to fishing.
Meanwhile, Russia, along with China, blocked the other main proposal at the CCAMLR. An East Antarctic sanctuary, backed by Australia, France and the EU, advocated a one million square kilometre zone over four areas where some fishing and research would be allowed, but with environmental restrictions.

But while Beijing’s support for the Ross Sea reserve, an idea that had been nominated by the US and New Zealand, was viewed as a breakthrough, there are those in China who remain suspicious of the concept, arguing that the proposals could lead a carve-up of Antarctic areas.

Some academics, including Chinese scholar Qiu Jin, have described reserves, including those in international waters, as a “marine enclosure movement”. This comparison refers to the process in eighteenth century England where groups of small landholdings were ‘enclosed’ to create one larger farm. Once enclosed, use of the land become restricted to the owner.

In a modern-day, maritime context, China and other countries such as Russia say they may be blocked from accessing the reserves that have been ‘closed off’ by southern hemisphere nations such as Australia, Argentina, Chile and New Zealand, as well as former maritime imperialists France and the UK.

“Russia has to consider the possibility that these countries will use marine reserves to strengthen their geopolitical control in the Antarctic,” said Valery Lukin, a Russian polar expert.

“This ‘new marine enclosure movement’ may restrict us exercising our legitimate marine rights or reduce our legitimate interests, or limit our ability to develop and enjoy those interests,” he says. “It is a grave challenge to our enjoyment of our marine interests and should be dealt with appropriately,” adds Qiu Jin.

However it does appear that critics, including Qiu, have misunderstood what the Antarctic reserves are about.

Plans for marine reserves in the Antarctic won’t involve change in ownership, have been set up through peaceful discussions, and are motivated by a desire for stronger protection of environmentally vulnerable areas.

Qiu defines the enclosure movement as a process of establishing or clarifying ownership and control, but at the recent talks, that is not what actually happened. Control of the open ocean has long been decided through the decades-old United Nations Convention on the Law of the Sea, which established a 200-mile exclusive economic zone. This actually represented a large expansion in the rights of developing nations.

In other words, the current multilateral system requires developing nations support to establish new international mechanisms – meaning that for countries such as China, the era of expropriation is past, and the scope for exploitation by rich world nations is much smaller.

The possibility that marine reserves in the Antarctic will be used to divvy up influence is conjecture. There is no evidence to say, as Qiu suggests, that the reserves will be used by a country to “prevent other nations carrying out scientific research or prospecting for resources, thus protecting its better knowledge and already obtained interests”.

Current proposals for Antarctic marine reserves restrict certain activities, not certain countries. Those restricted activities will be determined through negotiations and agreements made by many countries. No one country will have any special rights.

Chen Jiliang is a researcher at Greenovation Hub, a non-governmental organisation based in Beijing. 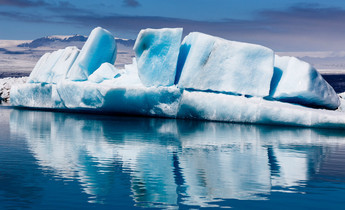 Arctic threatened by environmental damage as the ice melts

Shell has shelved plans to drill the Arctic, but many other resources firms are eyeing exploitation of the environmentally-vulnerable region

Climate change means Xinjiang's giant glaciers are on the move, and a huge breakaway chunk of ice has caused widespread damage

Worsening heatwaves in Europe and north-east Asia are linked to thinner snowcover on the Tibetan Plateau, highlighting its key role in global weather systems, a study by Chinese scientists finds