A big increase in ambition is needed or else today’s signing of Paris Climate Agreement will be a mere footnote, writes Shane Tomlinson

Following the triumphant climate change negotiations in Paris last December, at least 150 countries are due to meet in New York today at a high level signing ceremony for the Paris Agreement.

This agreement represents a critical step in addressing climate change, establishing a new framework aimed at limiting the increase in global average temperature.

Yet without efforts to materially increase ambition before 2020 the agreement risks being undermined before it fully enters into force.

With current commitments to reducing carbon emissions falling significantly short of the action required to meet the agreement’s stated goals, the next five years will be crucial.

The upcoming G7 and G20 meetings should lay the groundwork for all major emitters to increase ambition before 2020.

There are many merits to the flexible and inclusive nature of the new regime. The Paris Agreement establishes a legally binding framework that enters into force in 2020, once at least 55 countries accounting in total for at least 55% of global emissions have acceded to it. The signing ceremony acts as an important first step in this process.

This is the first time a reference to 1.5C has been agreed by all nations and is critical to the future survival of the most vulnerable states such as low lying islands.

Yet this regime is also messy and unstandardised; and although the contributions put forward by countries in Paris represent a significant improvement on previous efforts, a large gap remains between what is currently on the table and what is required to stay below 2C. And this gap is set to grow.

piece of analysis suggests that with current commitments the emissions gap will grow from around 3 gigatonnes of carbon dioxide equivalent (GtCO2e) a year at present to some 11 GtCO2e a year in 2025 – more than the current emissions level of China.

To have any credibility for meeting its long-term goal it is therefore crucial that the Paris Agreement enters into force in 2020 with significantly higher ambitions.

Central to achieving this, negotiators also agreed to hold a ‘facilitative dialogue’, starting in 2018, that provides the opportunity to review their contributions and either increase or confirm them in 2020.

Efforts to raise ambition before 2020 have had an uneven start. China has announced it expects to exceed its 2020 target; increasing hopes that it will be able to exceed its 2030 contribution too.

But the European Commission’s communication on ‘The Road from Paris’ in effect overlooks the pre-2020 opportunity, potentially setting a course to lock-in the current 2030 target until expiry. Japan has also been criticised for low ambition, with

some estimates suggesting that its Paris contribution is so unambitious it could almost be met without introducing new policies.

Whether the US increases its ambition is particularly important because its contribution expires in 2025 (whereas those of other major countries expire in 2030). It has been ‘urged’ to submit a 2030 target to align all nations together.

Given the competitive positioning between major economies it will be important that a number of countries move together in sequence to manage the risk of freeriding. Thus the creation of a new US contribution could spur parallel efforts across a range of countries.

Though these challenges shouldn’t be underestimated it does not mean that all hope is lost.

The cost of low carbon technology is falling and in 2015 renewable energy attracted nearly US$286 billion of investment globally; and for the first time ever, more new capacity was created for this sector than for fossil fuels. Progress in technology and the real economy has the potential to unlock further diplomatic efforts.

As such other international processes, such as the G7 and G20, should take concrete steps to enable increased global ambition by 2020.

The next three years see China, Germany and India chair the G20; and Japan, Italy and Canada host the G7.

These presidencies could prioritise taking forward the creation of the ‘long-term low greenhouse gas emission development strategies’ that the Paris deal asks countries to develop.

They can also take steps to increase public funding in research and development for new technologies and examine the use of innovative mechanisms such as research prizes and advance market commitments to spur private sector investment.

The G7 and G20 can also provide a forum for major emitters to discuss collective ambition and lay the diplomatic foundations for new contributions before 2020.

The signing ceremony in New York is an important moment to celebrate the success of the Paris Agreement and take the first steps in its implementation. However, the heads of state that are attending must show equal leadership in the coming months and take the actions to keep a 2C pathway within reach.

Shane Tomlinson is a senior research fellow at Chatham House where he works on energy, climate and resource governance issues. 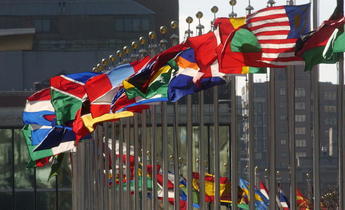 Ratification, not signing, is critical test for Paris climate deal

The 'signing ceremony' for Paris Agreement is a red herring, writes Nick Chan 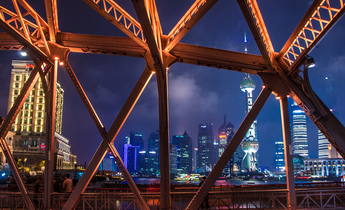 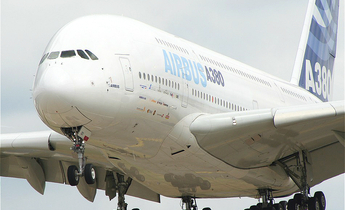 Can airlines cap their carbon emissions? 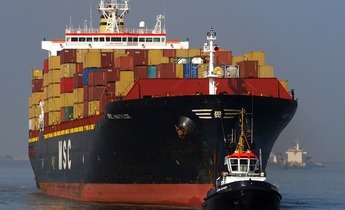 Growing coalition pushes for cap on CO2 emissions from ships

Countries that are blocking efforts to curb emissions from shipping are looking increasingly out of touch, writes Tristan Smith 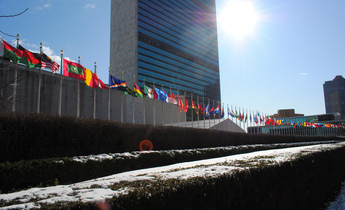