Blue skies and white clouds are no longer a rare sight in my home city of Beijing.

Public anger over China’s toxic smog has pushed the central and city governments to tackle high levels of deadly PM2.5 particulates that can contribute to heart and lung disease. A

new report from Clean Air Asia shows the crackdown is working; it found an average drop of 14.1% in PM2.5 levels across 74 cities in 2015.

But blue skies do not necessarily equate to clean air.

Ozone levels have risen significantly, especially in major cities, according to a report published in September by the Clean Air Alliance of China (CAAC). The

Ozone in the earth’s atmosphere filters out UV rays, but at ground level, ozone is harmful.

Ground level ozone is formed when volatile organic compounds (VOCs) react with nitrogen oxides, especially in sunlight. The major outdoor sources of VOCs are vehicle emissions, evaporation from oil and petrol and solvents. Unsurprisingly, higher levels of ozone tend to be found in cities.

According to CAAC’s report, 21 Chinese cities and provinces published data on ozone pollution in 2015. Of these, the provinces of Jiangsu, Zhejiang, Liaoning and Hebei all suffered higher pollution than they had in 2014, as did the cities of Shanghai and Beijing.

Ozone levels in Beijing rose a staggering 26.6% in a year. In Jiangsu province, home to vast swathes of Shanghai’s industrial hinterland, they rose 8.4%.

These problems areas are China’s most developed areas. Beijing has a higher level of car ownership than anywhere else in China. And Beijing’s

average duration of congestion per day rose to three hours in 2015, up from one hour and fifty-five minutes in 2014. More gridlock means more exhaust emissions.

In Jiangsu and Shanghai, air quality suffers from the combination of high levels of car ownership and large industrial sectors.

But there is another easily overlooked factor – rising temperatures.

Ozone-causing chemical reactions escalate in sunny weather, and hot weather also causes fuel to evaporate. With more cars stuck in traffic jams, ozone levels and the burden of other secondary pollutants is bound to increase.

In 2016, China had the hottest August for 60 years, and average temperatures nationwide from June to August were higher than normal, according to data from the China Meteorological Administration.

In some locations, limits for ozone emissions are breached as often as 50 or 60 days a year, according to Chai Fahe, deputy director of the Chinese Research Academy of Environmental Sciences.

China’s management of VOCs is still weak: regulation of VOCs in air only started in 2010. The first monitoring data was published in 2014.

The benefits of monitoring are already clear, as it has enabled rising ozone levels to be identified.

In October 2015, the Ministry of Environmental Protection published a document allowing


for trials of charging for emissions of VOCs, in the hope this would reduce emissions and result in improved technology being used. Trials are being carried out in the petrochemical and packaging industry’s printing sector.

However, this sector-specific approach is not yet strong enough or targeted rightly to tackle a pollutant that is largely caused by the nationwide issue of increasing vehicle numbers and global problem of rising temperatures. 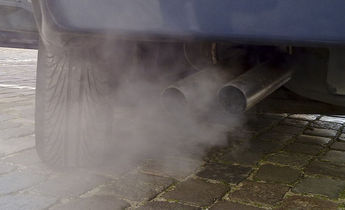 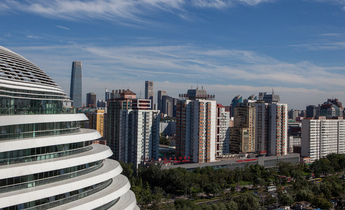