Hydropower expansion in Yunnan may be fatal for this rare and beautiful bird, writes Wan Rong

It only took a feather to send my team flying to Yunnan in southern China. Specifically, a tail feather from a green peacock spotted in a image taken by an amateur wildlife photographer.

Peacocks in general aren’t rare. Those seen in China are usually blue peacocks (

pavo cristatus), which originate in India. But the green peacock (pavo muticus) is a different species and much less common. So much so that it’s listed on the IUCN Red List as endangered. There are less than 20,000 worldwide.

Green peacocks that are native to China are classed as Indo-Chinese peafowl and are found in Yunnan province and on the Indo-China peninsula. But the area in which the birds are found is shrinking according to a survey carried out in 2013 and 2014 by the Chinese Academy of Sciences’ Kunming Institute of Zoology. It’s estimated that numbers have fallen from between 800-1,100 in 1995 to less than 500 today – even fewer than the giant panda.​

The green peacock feather was spotted in an image taken on a lush, green riverside in Xinping county, in the Chuxiong Yi Autonomous Prefecture. We waited there until dusk and were able to photograph two green peacocks. An earlier survey estimated there are 60 birds in the county, and locals said they occasionally hear their unique call. This all confirms that the green peacock lives along the riverside.

But this was no cause for celebration because the birds’ habitat is already under threat. Work on a dam downstream on the Jiasa River has begun. When completed, the low-lying riverside and surrounding forest will become a site of industrial activity.The construction of a hydropower station will see riverside trees felled and roads built, with irreversible damage to the local ecosystem.

Near the birds’ habitat we saw stretches of land where trees on the valley floor have already been felled, leaving only bare earth.

The two key elements of the green peacock’s habitat are forests and riversides. Seasonal tropical forests provide ample food and cover, while the males need the open spaces of riversides to display their tail feathers and attract a mate. In the dry season the birds rely on the seeds of aquatic plants found along the river to survive.

The development of the riverside will completely destroy this habitat, while the wider civil engineering works associated with the hydropower plant will encroach on Yunnan’s last expanse of unspoiled, seasonal, tropical forest, causing a wider ecological disaster.​ 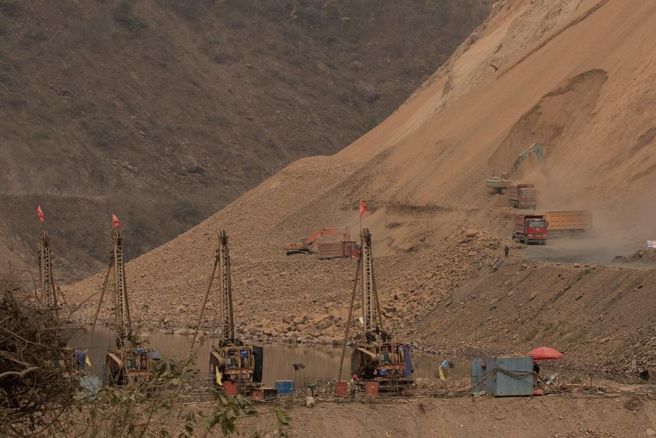 
eventy percent of its power generation comes from hydro. But the province is also home to snow-topped mountains and tropical forests, and as such is one of China’s most biodiverse regions.

In August 2016 the provincial government announced that for economic and ecological reasons it would stop approving new small and medium-sized hydropower projects and instead expand those already built. It defined such projects as less than 250 megawatts, a threshold the 270 megawatt Jiasa plant just passes. This means there are no regulations limiting the power plan owners from expanding further into the green peacock habitat.

The environmental impact assessment report for the project had only a single sentence summing up the effects on flora and fauna in the region. “It is generally considered the construction will have no obvious impact on the reserve,” it said.

The reserve referred to is a prefectural one founded in 2003 in Shuangbai further upstream. Its border has already shrunk three times to make way for economic development, meaning it is 8% smaller than when it was founded.

The riversides that provide habitat for the green peacock do not currently lie within any nature reserves. It is understood that the Xinping government is actively working on creating a new reserve but it remains unclear when that would be approved or if it would solve conservation issues.​ 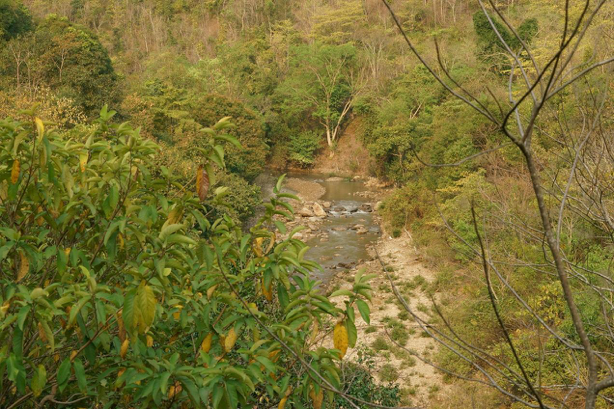 When this reservoir fills this green peacock habitat will be flooded. (Image: Wan Rong / Wild China)

The lack of awareness around the green peacock’s endangered status is worrying. Information on the bird circulates only in academia in China. Locals communities have traditionally hunted the bird and are unaware that it is a nationally protected animal. In January infrared cameras placed outside the Konglong River Nature Reserve by researchers captured images of poachers at work.

Wild China has joined with Friends of Nature and the Shanshui Conservation Centre to call upon the Ministry of Environmental Protection to order an urgent halt to the project and reevaluate its environmental impact, in particular on the green peacock and its habitat.

Wan Rong is a member of Wild China Film 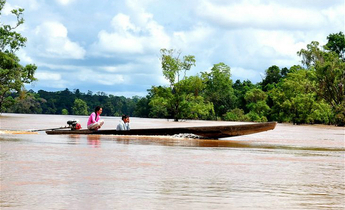 Hydropower in the Mekong: an alternative approach 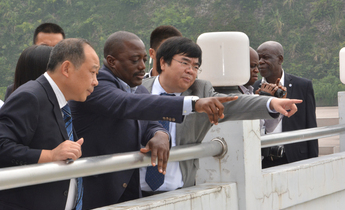 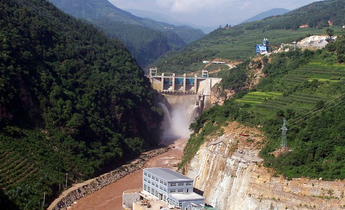 The battle over Yunnan’s hydropower

Hydropower has run rampant in Yunnan province, south-west China, but up to half its capacity could be idle by 2015 in a dispute over who gets the surplus power