Lorry driver Fu Chao spends most of the year driving back and forth between Hebei and Tibet, typically spending a total of 10 months of the year on the road.

Fu enjoys the freedom of the open road but earlier this year he made some changes to his driving style in the hope of saving money on fuel.

training course on fuel-efficient driving organised by Clean Air Asia, an international non-governmental organisation (NGO) focusing on air quality, and three other groups. Participating drivers were accompanied by an experienced instructor as they drove on real routes, adjusting inefficient driving techniques as they went.

Those tips helped Fu break with the bad driving habits he’d acquired over the past ten years of work. No more pushing the accelerator right to the floor or letting the engine idle for long periods. The changes reduced Fu’s fuel costs by 5.5% – a saving of at least 30,000 yuan (US$4,500) a year.

For Fu, a 5.5% saving on fuel means a significant chunk of extra income for his family. But the organisers of the training, Clean Air Asia, are more interested in the environmental benefits of better driving.


A heavy goods vehicle compliant with emissions standards emits as much nitrogen oxides as 181 cars – and they aren’t all compliant. Those nitrogen oxides are major contributors to air pollution and acid rain.

China Vehicle Environmental Management Annual Report, the heavy goods vehicles of the type Fu drives make up only 4% of vehicles on the road, but transport over 70% of the country’s road freight and account for more than half of all vehicular emissions of nitrogen oxides and particulate pollution.

Yang Sheng, deputy head of the Beijing environmental protection bureau, said at a small workshop on the impact of coal pollution that survey data had found daily pollution from lorries travelling through the district of Yanqing was equivalent to that from two million cars. Beijing as a whole has five million cars.

Fuel-efficient driving – or more accurately, “green driving” – is cheaper and safer, but also reduces the emission of pollutants and carbon dioxide.

Training for drivers of diesel vehicles is offered in the US, the UK, Canada, Thailand and India – all with good results. In 2004, the US Environmental Protection Agency worked with the transportation industry to offer training on fuel-efficient driving techniques. This could reduce fuel use per vehicle by 12% and greenhouse gas emissions by eight tonnes a year.

Data from the three months after the training in China showed greener driving techniques reduced fuel consumption by 7.4% for the seven participating drivers, who had an average of 14 years of driving experience. That meant an annual saving of over 10,000 yuan. One driver saw a drop in fuel use of 14%. G7 Networks, a provider of fleet management services, estimates that China has 15 million trucks and 30 million truck drivers.

Wang Qiuxia of Clean Air Asia told chinadialogue that when the results were announced many drivers on an industry forum asked how they could take part. NGOs that offer driver training such as the Smart Freight Centre were also in touch with Clean Air Asia to see if the training could be expanded.

Wang hopes to broaden the driver training to include topics such as green fleet management, too. This covers issues such as vehicle selection, fuel types and route planning. “Saving fuel is just one part of it,” said Wang. 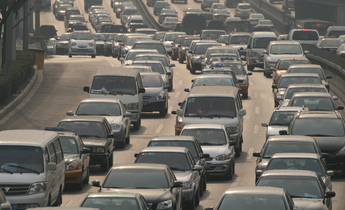 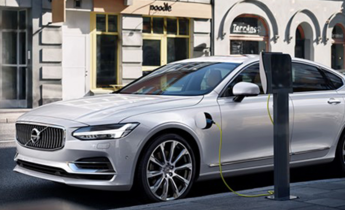 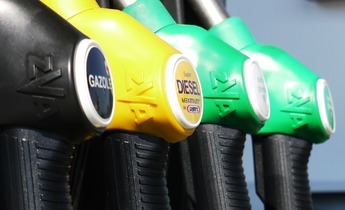