In the last decade, earthquakes, floods and other types of disaster in China have seen increasing relief activity beyond that stemming from China’s state apparatus.

Observers might be tempted to view these developments as modern forms of charity and civic action, or as Western-style reforms appearing in post-Maoist society.

Such an assumption would be misguided. The experience of disasters in late 19th century China a century ago reveals the ways in which volunteerism and civic-style activity today in fact reflect older Chinese forms and practices of disaster governance.

Take the Wenchuan earthquake of 2008. When powerful tremors destroyed large areas of Sichuan on 12th May, voluntary citizen groups and charities responded from across the PRC as well as from overseas. They were invigorated by online discussion and defiantly open disaster coverage from official media organs that led censors to backtrack. Fundraising campaigns and celebrity appeals followed..

These outpourings of private contributions and initiatives in the Hu Jintao era prompted much discussion among academics and journalists about the emergence of civil society organisations operating with some autonomy from the state. They identified a significant thaw, even if its high water mark was brief. Obstruction of civic groups and reporters had returned ahead of the 2008 Beijing Olympics in August

What was behind its emergence? The answer depends how far back in history one is prepared to go.

In 2008, the most obvious point of comparison was the Maoist era. They recalled in particular, the massive earthquake that hit the north-eastern city of Tangshan in the summer of 1976. Tangshan, which turned out to be the deadliest earthquake of the twentieth century, struck just a few weeks before the death of Mao Zedong.

Back then, neighbourhood committees initiated much of the immediate response, and the People’s Liberation Army and Party-led mass campaigns became the main forces behind relief and recovery efforts.

The Party kept strict control over information about the scale of the disaster and the effectiveness of relief operations, and rejected offers of assistance from the United Nations and foreign governments.

In contrast to Tangshan, much in the political and social landscape revealed by natural disaster in 2008 appeared new. To be sure, the military and mass campaigns had a prominent role in disaster management and recovery in Sichuan. Yet the CPC and its media outlets also readily accepted, and even encouraged, a flowering of non-official relief across the country. Overseas aid was also accepted.

One might suspect that these developments nine years ago were due to the space left by a receding Chinese state apparatus, new communication technologies and modern norms of civic action spreading internationally.

But if one reaches further into China’s republican and imperial pasts, the style of unofficial responses in 2008 appears more familiar.

Chinese disaster relief in the aftermath of Wenchuan in fact more closely resembles experiences and practices before the communist revolution of 1949. In reality, it is the closed-off, state monopoly of disaster coverage and relief seen at Tangshan that is an anomaly in Chinese history.

The study of famine, earthquakes and other such disasters in China is a relatively new scholarly field. Consequently, there is remarkably little information available to enable observers to contextualise natural disasters and ecological crises in China today.. The website DisasterHistory.org, launched in late 2015, aims to capture the development of this academic field over the last decade for the general public.

It offers studies of famine and flood in China from the 1870s to 1970s. Presenting disaster case studies in juxtaposition allows readers to consider a central research question: in what ways have the management and experience of disaster in China changed over time and from one government to the next?

In the 1870s, a cataclysmic drought famine in North China revealed the decay of the imperial public welfare regime, a system that had been overseen by the Qing dynasty (1644-1912) for more than 200 years.

It had consisted of elaborate granary networks and a robust disaster relief bureaucracy that worked in tandem with local elites around the empire.

With the collapse of the imperial system in 1912, Chinese elites created both national and international relief societies in tandem with foreigners – the precursors of today’s NGOs – that stepped in to relieve the effects of increasingly severe floods and famines across the war-torn new republic. They used disaster aid practices and media promotion techniques that have since become familiar worldwide . A vibrant and remarkably open news industry, artistic appeals for refugees, publicity parades, and celebrity benefit concerts all played a role

In the late 1920s, the state once again loomed large in disaster management, but with a different set of priorities.

With the Chinese Nationalist Party’s rise to power in 1928, relief operations were co-opted by the state. There was a pronounced shift towards the notion of sacrifice and work in exchange for alms. Refugees and disaster victims were increasingly deployed in the service of state-strengthening and national survival campaigns during the wars of the 1930s and 1940s. Those decades saw incredibly high mortality from floods and famine across China.

After the establishment of the People’s Republic in 1949, these developments culminated in the closure of charitable organizations, alongside greater emphasis  on struggle and mass mobilization.

Self-reliance was expected both personally – as a measure of devotion to the Communist Party of China (CPC) and the country’s industrialisation  – and nationally.

China was closed to outside disaster aid. By the end of the 1950s, the Great Leap Forward famine killed millions. (Estimates vary from 20 to 50 million).

Corrections were later made to food policy, but the CPC remained the arbiter of disaster response.

The outpouring of private fundraising and relief initiatives in the aftermath of the Sichuan earthquake nine years ago was certainly no return to pre-revolutionary Chinese society. Such a return is impossible. But the social forces behind disaster responses then and now are remarkably similar

As we face the challenges of climate change in the years ahead, there is much to learn from the study of phenomena related to ecological disaster in China’s past  - from approaches to disaster prevention and their efficacy; governance issues; the state of technology and infrastructure systems; indigenous or international aid networks; social or ethnic tensions; meteorological data; disease vectors; prevailing value systems; the role of religious groups or kinship networks including diaspora networks; and memorialization.


Pierre Fuller is the editor of disasterhistory.org, and Lecturer in East Asian History at University of Manchester.

This article is part of chinadialogue's Environmental History Series.

A world trimmed with fur - wild things, pristine places, and the natural fringes of Qing rule

Pierre Fuller is the chief editor at DisasterHistory.org. 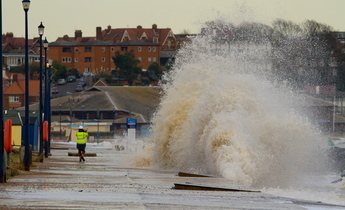 Loss and damage: a clear and present danger 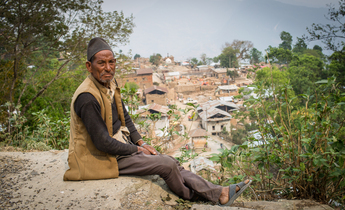 Rebuilding is only just beginning after the quake destroyed over 700,000 houses in Nepal last year, reports Ramesh Bhushal

China and India step ahead of the developed world in bringing post-earthquake aid to Nepal, but delivery of approximately half the assistance in the form of loans raises concerns 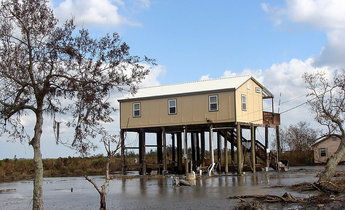 In a disappearing section of Louisiana coastline, the people who call Isle De Jean Charles home are moving to save their community and culture, writes David Hasemyer

China uses helicopters to rescue around 280 of its construction workers stranded at a dam badly damaged by Nepal's devastating earthquake, prompting fresh doubts that hydro projects should be built along seismic faultlines 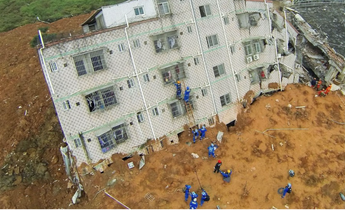 Urbanisation is producing huge quantities of construction waste that is being dumped rather than processed properly, writes Liu Qin